Depots to be upgraded and expand of pipelines capacity in 2022 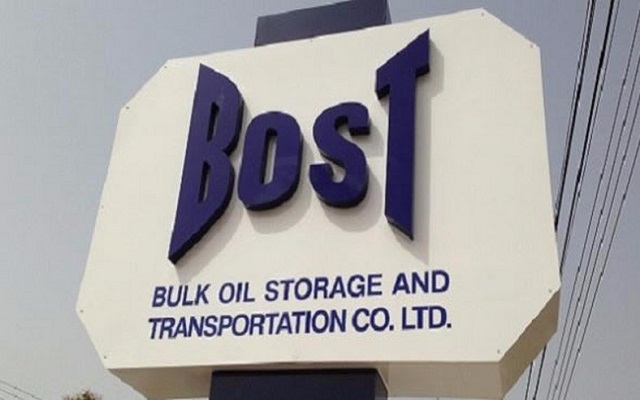 The Bulk Oil Storage and Transportation Company Limited (BOST) says it will in 2022 continue with the upgrade of its depots across the country.

It will also repair the remaining defective tanks and increase the Tema Akosombo pipeline capacity from the current six inches to 12 inches to improve the efficient delivery of petroleum products across the country.

There will also be the implementation of an effective Performance Management System.

Mr Edwin Provencal, BOST Managing Director, said this during the end-of-year stakeholder engagement with the media, which was used to outline the company’s achievement for 2021 and plans for 2022.

The engagement provided a platform for BOST to share its success stories and challenges with the media as part of efforts to promote probity and accountability.

Mr Provencal said BOST had moved from a loss-making and low financial performance to a profit-making and dividend-paying entity.

The company is also making full utilization of assets and automation of operations.

On the legacy debt, Mr Provencal said BOST had cleared $584 million of the $626 million.

“Out of this debt, BOST paid $426 million, representing 73 per cent of the total amount.”

The BOST MD noted that it had also completed its 2020 Audit and paid debt owed various banks, including GHC69.2 million owed to the GCB Bank, UBA loan of $20 million, GHC215 million StanChart loan and $10 million UMB loan while it has reduced from $37.6 million to $11.5 million the amount owed to CBOD.

He said BOST had also reduced its loading time from seven days to two days; inter-depot loading time from four hours to one and half hours and commenced the Front-End Engineering Design (FEED) for the Accra to Kumasi pipelines and completed goal-setting training.

Mr Provencal said BOST implemented 15 new policies in 2021, including the commencement of the correction of staff placement and salary issues, increased revenue-earning assets from 34 per cent to 75 per cent and established Business Risk and Compliance Unit.

He revealed that BOST would continue to work towards becoming the number one fuel and logistics business operator in West Africa.

He said BOST’s plan to build Liquefied Petroleum Gas (LPG) tanks at all its Depots was progressing with the front-end engineering design.

Mr Provencal said the move was part of the Company’s strategy of aggressively growing its business by developing a network of storage tanks, pipelines and other bulk transportation infrastructure throughout the country.
source :GNA