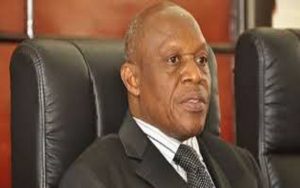 Justice Williams Atuguba has spoken for the first time since delivering judgement on the 2012 election petition.

In a yet to be aired documentary titled “The Election Petition” and produced by journalist Paul Adom Otchere, Justice Atuguba defended the decision of the court in favour of then President John Mahama.

The verdict of the court generated many controversies with some suggesting the decision of the court was rigged.

Of the rigged verdict suggested by some analysts, Justice Atuguba noted in the trailer of documentary circulating on Facebook:“Some people held some kind of discussion at the British Council and gave the impression that the verdict if properly analysed should have gone in favour of the plaintiffs.”

He continued: “Quite clearly not and this kind of thing, you know, to the ordinary man will mean that something had drastically had gone wrong with the decision process and that it wasn’t the correct verdict. But that is very very unfortunate.”

The Supreme Court judge, who was appointed by former President Jerry John Rawlings, will retire from the bench in 2018.

He missed out to become the Chief Justice early this year when the position became vacant.