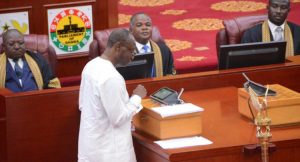 The Finance Minister Ken Ofori Atta has stated that the Akufo-Addo led government has turned around the economy in the last 10 months.

Reading the 2018 Budget and Policy Statement to Parliament Wednesday, the Finance Minister stated that the policies implemented by the government is yielding results and bringing relief to Ghanaians across the country.

“We have turned the economy around and our policies are yielding results and bringing relieve to Ghanaians,” Mr. Ofori Atta said, adding “We resolved to be fiscally disciplined and respect the limits that Parliament set for us. I am glad to report that we are on course to end the year with the fiscal deficit of 6.3 percent from 9.4 percent.”

According to the Finance Minister, “Overall real GDP grew by 7.8 percent as of June against 2.7 percent in same period 2016. It is estimated to grow by 7.9 percent at end of 2017, up from the original forecast of 6.3 percent; 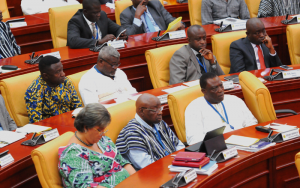 “The overall budget deficit on cash basis was 4.5 percent of GDP in September, 2017 against a target of 4.8 percent of GDP and an outturn of 6.4 percent in the same period in 2016;

“The primary balance posted a surplus of 0.3 percent of GDP in September, 2017, as targeted and is a significant improvement over a deficit of 1.6 percent realized during the same period in 2016;

“The current account balance registered a deficit estimated at 0.2 percent of GDP in August, 2017 compared with 2.6 percent in August, 2016; and

“The country’s Gross International Reserves which stood at US$6.9 billion by end-September 2017, could cover 3.9 months of imports compared to the US$4.8 billion or 2.5 months import cover recorded in the same period of 2016.” 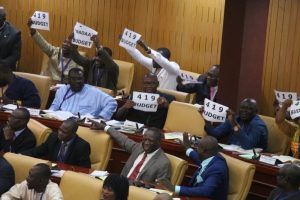