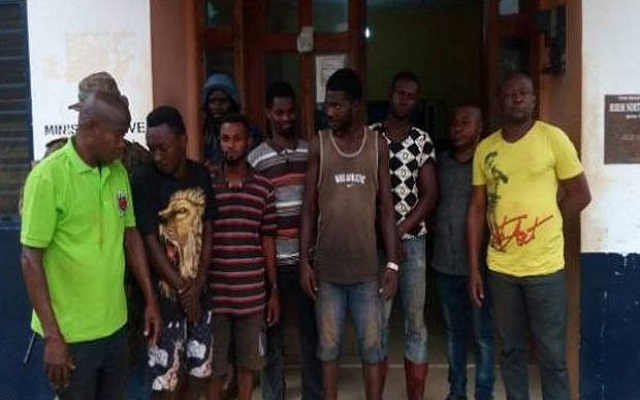 THE ANTI-GALAMSEY taskforce, Operation Vanguard, has arrested eight persons suspected to be engaging in illegal mining activities over the weekend at Amuano Prasso in the Birim North District of the Eastern Region.

One Nana Baffour, aged 46 years, who is among the suspects, is believed to be sponsoring the illegal mining activities in the area.

PRO for Operation Vanguard, Squadron Leader Robison Omane Agyei, told DAILY GUIDE that their outfit found illegal miners busily working on freshly dug soils, with sounds from working ‘changfan’ machines. That prompted them to lay ambush and they were able to arrest three on the Pra River.

He added that they were handed over to the New Abirem District Police station for further investigations.

Information gathered indicates that the suspects will be put before court today (Monday).