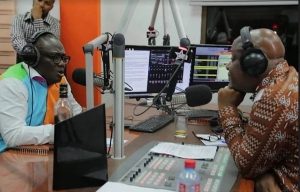 According to the EIB boss, the actions of the controversial artiste are uncalled for, barbaric and uncultured and he totally condemns them.. Speaking on his Starr Chat show, Bola Ray revealed that the rude behavior of Shatta Wale could spark unnecessary tension between Ghanaian and Nigerian artistes. The broadcaster who was clearly not happy about the recent public display put up by the dancehall artiste, revealed that he personally called the artiste to rebuke him for his offensive conduct. He also indicated that he and another respected media colleague, Kwame Sefa Kayi spent close to 30 minutes jabbing Shatta Wale and subsequently demanded he apologized to the public. “I called him up on Saturday and I had some strong words for him. Together with Kwame Sefa Kayi for 30 minutes we were on the phone with him and I think that is so bad, uncalled for, uncultured and I condemn it,” Bola said. 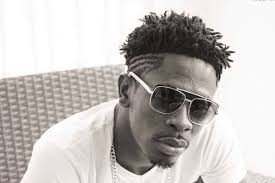 He also added that “Yes he’s going to apologize and I’m waiting for him to do that. I don’t mince words and I’m saying it for the first time on radio.” A few days ago, a video of Shatta Wale was posted online in which the artiste was seen firing a gun while mentioning the names of some top Nigerians artistes including Wizkid, Patoranking and Timaya. Shatta Wale’s ‘show’ with a gun has sparked outraged among the general public, with some entertainment critics calling him to order since his actions could mar the unity that has long existed between the two West African nations. Meanwhile, Hiplife artiste Tic Tac, has called on the Ghana Police Service to arrest Shatta Wale for his aggressive display.