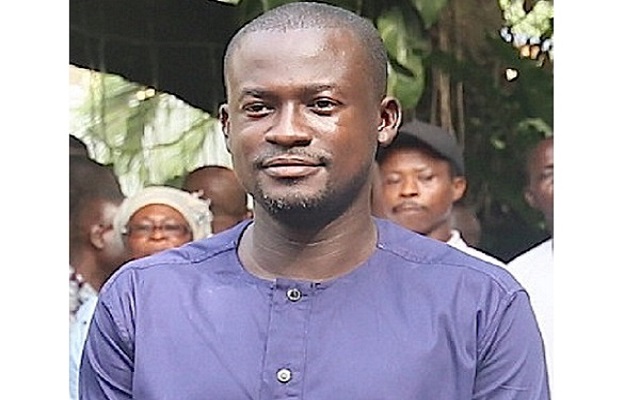 The Director of Communications at the presidency, Eugene Arhin, has discounted claims that President Akufo-Addo’s decision to remove the Electoral Commission boss, Charlotte Osei and her two deputies from office is politically motivated.

According to him, the president acted strictly according to the recommendations of the committee set up by the Chief Justice to look into the matter as mandated by the constitution
He said there was no way President Akufo-Addo or the NPP could interfere in the processes that led to the removal of Charlotte Osei and her two deputies, Amadu Sulley and Georgina Opoku Amankwah.
“Those critics will be completely off the mark. When this matter first broke, we heard the two deputies were virtually against the chairperson herself. You heard the allegations they made. These persons who petitioned the president against Charlotte Osei were persons who worked at the Commission,” he said.

“If you look at the composition of the committee that was put in place by the chief justice, I don’t think you can describe any of them as being hatchet persons for the government or the NPP,” he added.

President Akufo-Addo on Thursday night announced in a statement that he had removed the Electoral Commission chairperson, Charlotte Osei and her two deputies following receipt of the report of a committee set up by the Chief Justice, Justice Sophia Akuffo, pursuant to Article 146(4) of the Constitution, to investigate separate complaints brought by some Ghanaian citizens..
The Committee recommended their removal on the basis of stated misbehavior and incompetence, pursuant to Article 146 (1) of the Constitution.

The provisions of Article 146 (9) of the Constitution require the President to act in accordance with the recommendations of the Committee but some members of the largest opposition party, the National Democratic Congress (NDC) have accused the government to masterminding the removal due to the NPP’s public criticism and opposition to the appointment of Charlotte Osei.
But Eugene Arhin says the government cannot be dragged into the issue.

While siting the example of a similar action the NDC’s John Mahama took against the former CHRAJ boss, Lauretta Lamptey, he said the President acted constitutionally.

“If people say this is an NPP agenda or grand machine using certain people, this is completely off the mark… How can the government be brought into this equation? The government has no role, the NPP has no role whatsoever with regards to this thing. This is purely a decision taken by the committee set up by the chief justice to investigate the matter…the president when such a thing happens, he has to act in accordance with the recommendation of the committee.”
Charlotte Osei breached procurement laws in award of contracts – Committee

The Committee concluded that Charlotte Osei blatantly breached procurement laws in the award of several contracts in her three-year period at the helm of affairs, prior to the 2016 elections.

Excerpts of the report released by government and made available to Citi News, says the committee investigated six separate allegations of various procurement breaches, for which a prima facie case was established against Madam Charlotte Osei.

Back in December 2017, the EC Chairperson, Charlotte Osei and her two Deputies, Amadu Sulley (in charge of Operations) and Georgina Amankwa (in charge of Corporate Services) met with the Chief Justice over a petition filed against EC.
A five-member committee was subsequently set up by the Chief Justice to investigate the alleged corruption.

Some staff of the EC petitioned President Nana Akufo-Addo in July 2017, to remove Mrs. Osei from office over allegations of fraud and financial malfeasance as well as abuse of office.

Some of the allegations involved the unilateral award of contracts by the EC boss in the run-up to the 2016 general election.

The petition against her alleged among others the funnelling of GHc3.9 million to partition an office, the receipt of a Toyota Land Cruiser from the Mahama government and the use of about $14 million when the Public Procurement Authority had authorized her to use only $7.5 million.

Mrs. Osei also responded by making allegations of corruption against her deputies.
She claimed she was only being hounded because she sought to introduce systems to curb mismanagement.

Charlotte Osei accused a deputy Chairperson of the Commission of illegally signing contracts worth over GHc 40 million without her approval.

Another individual, by name Douglas Seidu, also petitioned the President in August 2017 seeking the removal of the EC Chair, on grounds of “financial misconduct, incompetence, conflict of interest and breaches of the public procurement processes.

President Akufo-Addo in accordance with the constitution forwarded both petitions to the Chief Justice to look into the matter.