Chief of Klagon and six others remanded over murder 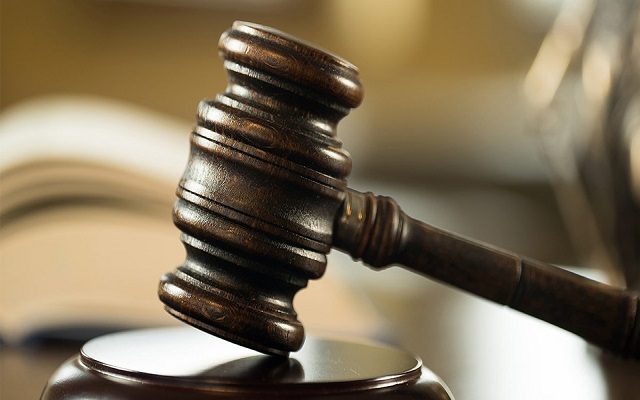 The Kaneshie District Court has remanded, into police custody, the Chief of Klagon, Nii Bortey Klan I, and six others, accused of causing the death of one Ibrahim Mohammed Abass over a parcel of land.
The six, alleged to be land guards, are Hamidu Fuseini aka Sankara; Tahiru Mamudu; Haruna Yakubu; Latif Moro; Kwaku Anane, aka Kobo; and Richard Annang Kotey.

They are facing a charge of conspiracy to murder and murder.

What started as a tussle over the ownership of the land at Klagon, according to the prosecutor, ended in the kidnapping of Abass, who was tortured and eventually killed and dumped in the bush at Klagon.

The court, presided over by Ms Ama Adomko Kwakye, did not take their pleas.

The accused persons are to reappear on Thursday, February 18.

Mr Paul Asibi Abariga, who represented the six, said his clients were not land guards as being alleged.

He said the facts, as presented by the prosecution, did not support the charges and prayed the court to discharge his clients.

He said the narrative by the prosecutor, Inspector Richard Amoah, was an attempt to fabricate and concoct stories against the accused persons, who were rounded up at various places.

The counsel said Nii Klan, as a traditional ruler, knew the implications of murder, therefore, he would not commit such a crime.
He said it was also incorrect for the prosecution to accuse him of engaging the six as his land guards.

Kojo Osei-Odame, a lawyer for Kotey, one of the accused, prayed the court to instruct the prosecution to take his client to the hospital because he was sick.

The Court, after listening to the lawyers and the prosecutor, declined the request to discharge the accused persons.

It, however, urged the prosecution to ensure that the accused persons received the requisite medical care.

Inspector Amoah had earlier told the court that Nii Klan engaged some of the accused persons as land guards, while Fuseini was his right-hand man.

Kotey was, however, a movie actor and a confidant of Nii Klan.

Inspector Amoah told the court that having been vested with the authority by Nii Klan to guard the lands at Klagon, the accused persons and those at large, sometime in 2020, were instructed by Nii Klan to prevent Abass from developing portions of the land at the Ramsar Site.

Abass was previously a confidant and instrumental in the installation of the chief.

However, following a protracted dispute over the parcel of land, Abass defected to the rival faction in the general land litigation in the area.

Prosecution said Abass defied the directive not to develop the land in contention, resulting in a physical confrontation with the accused persons, who destroyed the basic structures Abass had constructed amidst threats on his life.

Additionally, Nii Klan initiated a civil action against Abass and one Gabriel Akotia.

The prosecution said the chief also conspired with Anane, Kotey, and Mohammed to kill Abass.

The three and their accomplices allegedly met in the house of Nii Klan in the morning of November 15, last year, at Klagon to execute their plan.

Abass was later attacked by Fuseini and four others while on his motorbike to his private residence.

Abass was kidnapped amidst gunshots and put into Fuseini’s vehicle and driven to an unknown destination.

However, the son of Abass, who chanced upon the attack on his father, informed his mother and a report was made to the Klagon District Police Command.

Inspector Amoah said the District Commander then called Fuseini on his cell phone to produce Abass at the station, but he ignored him.

With the connivance of his accomplices, according to the prosecutor, Fuseini murdered Abass and dumped his body in a bush in Klagon.

The body of Abass was, subsequently, conveyed to the Police Hospital Mortuary where a post-mortem examination, performed by Dr Stephen Annan and Dr Osei Owusu-Afriyie, gave the preliminary cause of death as “Asphyxiation, strangulation and suspected homicide.”

Meanwhile, the prosecutor said investigations had revealed that, after Abass was kidnapped, he was driven to Nii Klan’s house and later taken to the Klagon Ramsar Site where he was tortured to death.

He said there was evidence of phone conversation between Nii Klan and his accomplices prior to, during and after the crime.
GNA