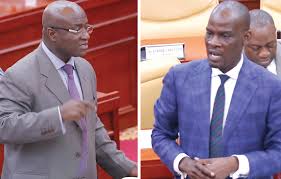 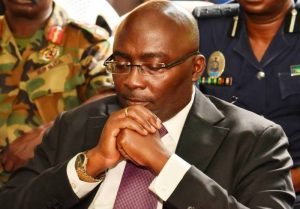 The Minority Leader in Parliament, Haruna Iddrisu, is calling for more clarity from the Presidency with respect to the health status of Vice President Dr. Mahamudu Bawumia.

Speaking on the Floor of Parliament on Sunday, he criticized the government over its communication of what he described as a “sensitive matter.”

Dr. Bawumia left Ghana for the United Kingdom on Friday night on medical leave after the Presidency indicated that he had taken ill earlier in the day and was undergoing medical checks.

Mr. Iddrisu suggested that some of the wording in statements released on the matter were vague.

“Mr. Speaker, we are not happy with government communicators at the office of the Presidency. Mr. Speaker, it is a sensitive matter. I could be ill myself, but Mr. Speaker, they should communicate well. I have sighted a letter where they say he is on Medical leave. What medical leave? Words matter,” the Minority leader remarked.

What the gov’t has said so far

The first statement from the government revealing Dr. Bawumia’s condition said: “The Vice President of the Republic, Alhaji Dr. Mahamudu Bawumia, in the early hours of Friday, 19th January, 2018, reported feeling unwell. He was attended to by his doctors, and is currently undergoing medical tests and observation. Any further information will be duly communicated.”

The second statement, indicating that the Vice President had left Ghana to the United Kingdom on medical leave said, “The Vice President of the Republic, Alhaji Dr. Mahamudu Bawumia, on Friday, 19th January, 2018, left Ghana for the United Kingdom for medical leave, on advice of his doctors. He was accompanied by the 2nd Lady, Hajia Samira Bawumia.” 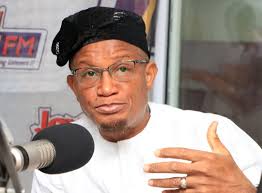 Bawumia is in the UK to rest – Hamid

The Information Minister, Mustapha Hamid, has since provided some further clarity saying the decision to fly Dr. Bawumia to the was to ensure that he was kept away from visitors who may disturb his rest and recuperation period.

The practice of revealing the health status of a President or a Vice, is not a common practice in Ghana.

In most cases, they are kept top secret, leaving room for the public to speculate.  It is thus unclear why the current New Patriotic Party [NPP] administration has found it necessary to put out this information – something that will undoubtedly surprise many.

However, in most developed democracies like the United States and most parts of Europe, there is often full disclosure on the health statuses of Presidents.

Whiles some have commended the government for speaking about the Vice President’s ill-health, others have criticized it, saying the announcement has created panic.

It would be recalled that Ghana’s late President, John Evans Atta Mills, died of a disease that is still unknown to Ghanaians.

Whiles he was alive and in office, his party, the NDC, repeatedly denied reports that he was unwell, although his physical appearance depicted him as unwell.

When he passed on, most Ghanaians criticized the governing NDC at the time for not being truthful with the health status of the President, but rather went ahead to create an impression that all was well with him.