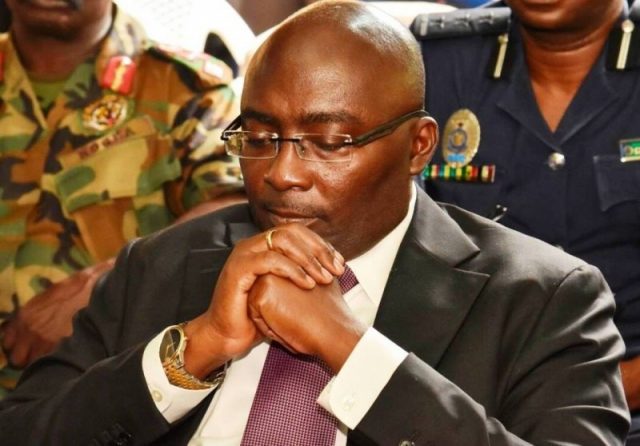 Vice President Dr. Mahamudu Bawumia will be updating the nation on the economic gains the Akufo-Addo administration has made so far since assuming power nearly three years ago.

He is also expected to update the nation on the current state of Ghana’s cedi and plans for the future.

The updates are scheduled to be done on April 3, 2019 when the Economic Management Team of Government which Dr. Bawumia chairs takes it turn at the Information Ministry’s 2019 TownHall Meetings.

Information Minister, Kojo Oppong Nkrumah, made this known to the media on Wednesday, March 20, in Accra, saying the Townhall meetings are designed to bring government closer to the people and shall therefore see state actors such as Ministers, MDCEs and heads of agencies give an account to the people who will also have the opportunity to ask questions and make contributions towards the governance of Ghana.

The theme for this year’s meeting, DGN Online gathered, is: “Our Progress, Our Status, Our Future,” and the Vice President would be updating the nation at the College of Physicians and Surgeons in Accra.

According to the Information Minister, the meetings would commence on March 2019 with the maiden edition for this year at the Datus Complex School in Kasoa.

He stated that the Townhall meetings represent a major shift in Government’s policy to make information easily accessible and usable to Ghanaians in and outside the country.

The third townhall meeting, he disclosed, will be led by the Majority Leader and Minister of Parliamentary Affairs at the Dominion Center in North London

It will afford Ghanaians in the diaspora the opportunity to get first hand information on governance in Ghana and also to make their contributions, adding that in all, there will be 24 townhall meetings this year.