Education Ministry to hand Ejisuman teachers for prosecution if 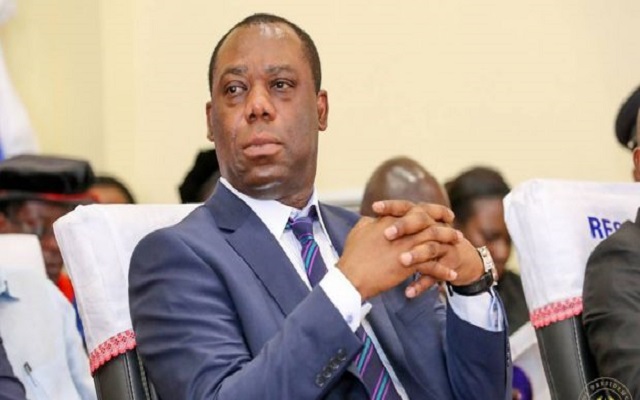 The Education Ministry says it will handover for prosecution any teacher found guilty by a seven-member committee set up to investigate allegations of sexual misconduct against teachers of Ejisuman SHS.

Deputy Education Minister Dr Yaw Osei Adutwum who revealed this on the Pulse programme Tuesday said the Ministry will not countenance any act of child abuse or sexual misconduct by teachers against students.
“I want our people to know at Ejisuman SHS and indeed on all schools across the country that the Ministry of Education will not tolerate cases of sexual harassment and child abuse. These are, if it is true, criminal offences and we will liaise with law enforcement authorities to deal with them,” he stated.

He said issues of sexual harassment have no place in the Ministry of Education.
Some of the students claim the teachers forced them to stroke their manhood until they ejaculated.

Others say some of the teachers also forced them to suck their manhood, a claim the teachers have vehemently denied.

The seven-member committee tasked to investigate the allegations has concluded with its investigations and is expected to present its report to the Ministry by close of day Tuesday.
Even though he is yet to receive the details of the investigations, the minister doubted if the students will “manufacture” the allegations against the teachers.

“The report is not yet with us. It will get to us by close of day today. We take these allegations seriously. We believe it is unconscionable for students who have been sent to a place of learning and instruction to be maltreated by anybody,” he stated.

“We are waiting anxiously and patiently for the report of the committee which I have been assured by the regional director that it will come to us this evening.

“Once we get the report we will deal with it swiftly,” he assured.

The Minister has also condemned disciplinary measures said to have been taken against the students.

He told Gifty Andoh Appiah he has instructed authorities of Ejisuman to stop any disciplinary hearing said to be going to on which he believed will further demoralize the students.
Source: Myjoyonline.com