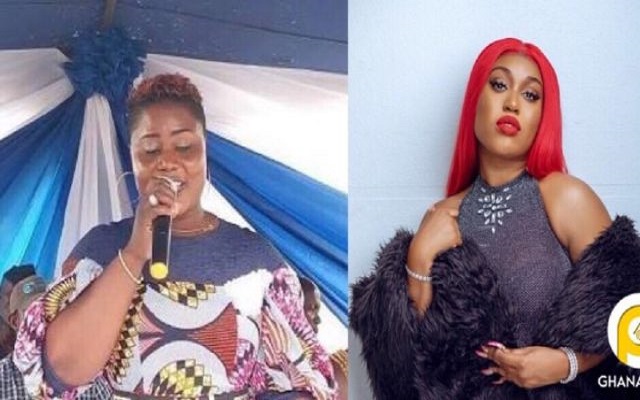 Mother of musician Fantana, Dorcas Afo Toffey has joined the list of eight parliamentary seats being contested by the New Patriotic Party.

The ruling New Patriotic Party (NPP) is alleging that the newly elected NDC Member of Parliament for the Jomoro Constituency holds citizenship for both Ghana and the United States of America, and Ivory Coast.

Aside being Ghanaian, the mother of the ‘So what’ hit maker is alleged to have documents that qualify her to be a citizen of the United States of America and Ivory Coast.

Obiri Boahen who raised such claims during an interview with Neat FM stated that aside from electoral malpractices that benefited Dorcas Afo Toffey in the elections, the MP’s citizenship status is also an issue.

“For Jomoro, there were irregularities in the election. Apart from that, the woman also has Ivorian, US, and Ghanaian citizenship,” he emphasized.

The budding singer’s mother, Mrs. Dorcas Nda-Affo Toffey, who is a business mogul and a philanthropist, contested and won the Jomoro constituency seat on the ticket of the NDC in the 2020 general elections.

Prior to the elections, Dance hall artiste, Shatta Wale, in an instance threw his weight behind the then National Democratic Congress (NDC) parliamentary candidate during one of her campaign trails.
Source: ghanaweb