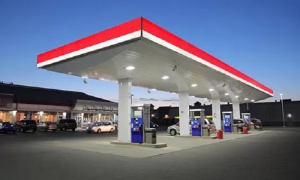 Fuel prices are likely to go up again by about 2.5% for the second pricing window in April.
This is the prediction by the Institute of Energy Security (IES).
By this, fuel prices are expected to go up between April 16, 2018 to April 30, 2018.

The Institute, projected fuel prices to go up between 1 and 2 percent per litre, in the first pricing window of April 2018.
At the time, a litre each of diesel and petrol was selling at 4 cedis 56 pesewas and 4 cedis 57 pesewas respectively.
The Institute also cites indicators such as the increase of crude oil and gas oil on the international market as bases for the prediction for the next pricing window.

“The indicators are not so positive, crude oil prices have gone up on the international market by about 4%. Asat now, it is trading around 69 dollars per barrel as compared to the previous average of 56 dollars per barrel. The cedi was fairly stable even though it depreciated marginally by 0.89% within the period under review. For gasoline and gas oil, gasoline prices went up on the international market by almost 6% and gas oil went up by some 5%,” Principal Research Analyst at the IES, Richmond Rockson explained.
He however says consumers should expect to pay more at the various fuel pumps for the next pricing window except with the intervention of the National Petroleum Authority.
“This time, the consumer should be ready to pay more just as it happened in the first pricing window of April 2018. Our inventory level isn’t so good so it is not possible to salvage the situation. All things being equal we are expecting fuel prices to go up by up to 2.5% unless the NPA decides to intervene” he added.