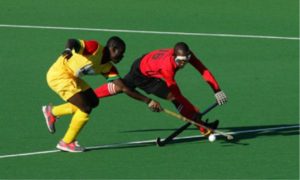 The Africa Hockey Federation (AfHF) handed Ghana the right to host the rest of Africa at its last congress in November, 2017 in Egypt.

This will be the fourth time Ghana is hosting the competition.

The Director General of the National Sports Authority (NSA), Robert Sarfo Mensah, says the hockey stadium is in good shape to host the tournament.

“The body in charge of the facility which is being used for the tournament will ensure that all what needs to be done to ensure that the facility is in a better shape to host our guests, we will do that,” he told the press.

“Of course between now and 20th January that the tournament begins, our estate department will come around to ensure that the washrooms and all other facilities that are required to support a better hosting of the tournament we will do that.”

President of the Ghana Hockey Federation Richard Akpokavie is confident a Ghanaian club can win the championship for the first time.