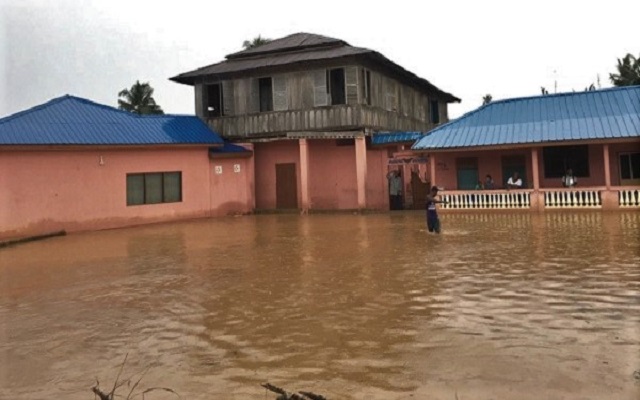 The public has been cautioned to take weather warnings seriously, with the on-set of the rainy season.
This is because many suffer the ill effects of rainstorms, as a result of being taken by surprise, and not prepared for the sudden weather outburst.

Mr. George Ayisi, Director of Communications for the National Disaster Management Organisation(NADMO), told the Ghana News Agency in an interview that while NADMO was ready to deal with any potential ill-effects of the season, it was crucial for all to take full responsibility of their safety.

He advised people to desilt drains within their respective communities, in order to allow the free flow of water during heavy rains to minimise flooding and all its ill-effects.

Mr. Ayisi urged people staying in flood prone areas to take life saving measures such as moving to safer places during the season or if possible, do so when it begins to rain heavily.

He also urged them to place items that could be destroyed by water such as documents safely, and remember to switch off all electrical gadgets during rains to prevent electrocution through contact with flooded waters.

The country is currently having its first and major rainy season of the year.

While the season was of immense benefit during activities like farming, it was also characterised by ill- effects such as flooding, which threatened life and property.