Mr. Mahama has petitioned Supreme Court for a live telecast of his election petition hearing 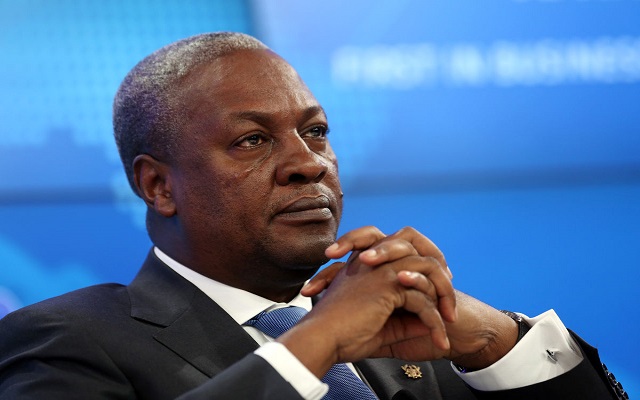 John Dramani Mahama, the presidential candidate of the National Democratic Congress has petitioned the Supreme Court of Ghana for a live telecast of his election petition hearings.

Counsels for the petitioner will pray the court today starting from about 9:30am to allow a live broadcast contrary to the convention that court matters are not broadcast live or recorded.

According to Mahama, the live telecast will be in the interest of fairness as a similar broadcast was done during the 2012 election petition by Nana Akufo-Addo, now president.

In a Motion on Notice sighted by GhanaWeb, Mahama prayed: “that counsel for and on behalf of the petitioner shall move this Honourable Court for an order directing live transmission of the whole of the proceedings in this petition upon the grounds contained in the accompanying affidavit…or other orders as the Honourable Court may deem fit”.

The whole nation is expected to get excited when the Supreme Court grants this request on Thursday, January 14, when the court holds the first hearing of the case.

It is widely expected that the counsels for the first and second respondents, namely the Electoral Commission and Nana Akufo-Addo respectively, will not oppose this motion since it is a matter of huge national interest.

Per Rule 69C (4) of C.I. 99, “provision is made for the proceedings of the court to be transmitted live if the court so determines”, and 4(a)(b) and (c) provides for the dismissal of a petition where the petitioner fails to file the processes regarding the petition, “within the time specified by law or to hear and determine the petition where the respondents fail to file their answers or fail to file their processes regarding their answer within the specified time”.

Meanwhile, the Supreme Court will hear a motion by counsel for former President John Dramani Mahama, praying leave of the court to amend the election petition on grounds of typographical errors which mixed up first and second respondents in several paragraphs.

The mistake, as stated in the motion was in relief (f) of the election petition.

Relief (f) is seeking “an order of mandatory injunction directing the first respondent to proceed to conduct a second election with petitioner and first respondent as the candidates as required under Articles 63(4) and (5) of the 1992 Constitution”.

The rerun should instead be between the first petitioner and the second respondent, who is Nana Akufo-Addo.