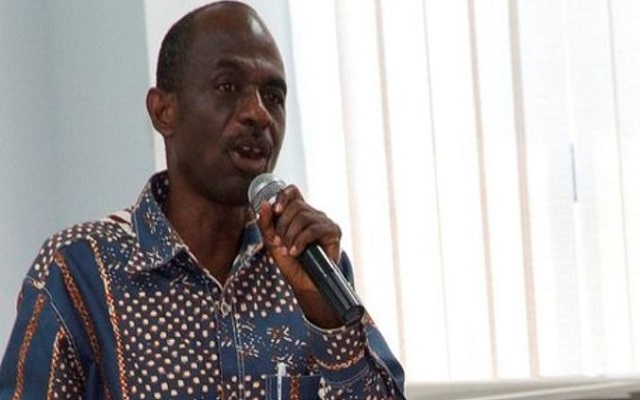 The National Democratic Congress, NDC, has accused the Ghana Integrity Initiative (GII), the local chapter of Transparency International, of mischief in relation to its Corruption Perception Index report.

Following the release of the report, GII held a press conference in which they also highlighted the reasons for the abysmal performance of the country, part of which they attributed to the John Mahama-led NDC government.

But the NDC in a press conference Tuesday said the action of GII is borne out of mischief.

Addressing the press conference, General Secretary Johnson Asiedu Nketia said, “[The Corruption Perception Index Survey] was conducted by Transparency International and then when Ghana Integrity Initiative was doing a press conference, they decided to import some dangerous opinions into that report to create the impression for Ghanaians that what is happening on the CPI front was attributable to 2016. Let us watch our NGOs too and the way they conduct themselves.”
He touted the NDC as the government to have scored the highest marks in the history of the CPI survey, citing John Mahama’s era as an example.

“The table above shows clearly that Ghana’s best ever performance on the CPI was recorded under an NDC government led by John Dramani Mahama in 2014 when he obtained a score of 48 per cent,” he boasted.

He further described a recent comment by President Nana Akufo-Addo in which he attributed the low score to some corruption cases recorded under NDC as untrue.

He justified his position by making reference to the TI previous reports, saying, “The table also shows that the country’s worst ever performance was recorded in 1999 under President Jerry John Rawlings and in 2002 and 2003 under President [John] Kufuor when we scored 33% in all these 3 years.”

Mr Asiedu Nketia also predicted the country will score low again in the next ranking of the Corruption Perception Index.

Since the release of the Corruption Perception Index report, the NDC and New Patriotic Party have been playing a blame game accusing each other of causing the country’s drop in score.
Source: 3news