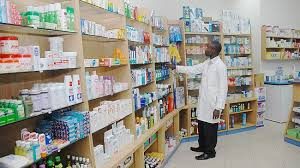 The Pharmaceutical Society of Ghana (PSGH) is very worried about the growing abuse of antibiotics i the country.

The trend according to the society is lowering the efficiency of the antibiotics by leading to diseases developing resistance to them.

“As experts on medicines, we are aware of the alarming increase in the development of resistance by disease-causing microorganisms to previously potent antibiotics. The rapid increase in antibiotic resistance has given rise to untreatable infections among different age groups globally,” the Society stated.

The Society expressed the concern in a statement issued to commemorate the World Antibiotic Awareness Week (WAAW) .

The Pharmaceutical Society says the trend towards the “development of resistance by disease-causing microorganisms to previously potent antibiotics” is aggravated by the “continuous decline in the discovery and development of new antibiotics.”

The Pharmaceutical Society is therefore calling for awareness to be created about the challenge.

“If care is not taken to accelerate universal awareness of the magnitude of the problem and concrete steps taken to reverse the development of antibiotic resistance, mild infections and minor injuries could become fatal,” the statement cautioned.

The Pharmaceutical Society of Ghana is particularly concerned about the difficulties that are being encountered in the treatment of a growing number of infections.

“We have seen increasing difficulty in the treatment of tuberculosis using multiple antibiotics where the bacteria that causes TB has developed resistance to at least two of the most power antibiotics (rifampicin and isoniazid) which has led to development of multi-drug resistant TB (MDR-TB). Treatment of MDR-TB is also becoming difficult in many countries leading to extensively drug-resistant TB (XDR-TB) where there is additional resistance to more anti TB drugs,” the statement said.

This, the Pharmaceutical Society of Ghana says is leading to longer hospital stays, higher costs of treatment and increased mortality. 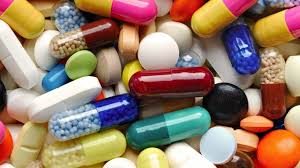 The PSGH is therefore advising the public to seek advice before using antibiotics.

“The public is called upon to change its ways of using antibiotics. We strongly ask the public to seek advice from a qualified healthcare professional before taking medicines especially antibiotics,” PSGH said.

The Society is calling for the regulatory environment surrounding the distribution of antibiotics to be tightened.

“The PSGH calls on regulators to continue the enforcement of regulation in the supply of restricted medicines,” the statement entreated.