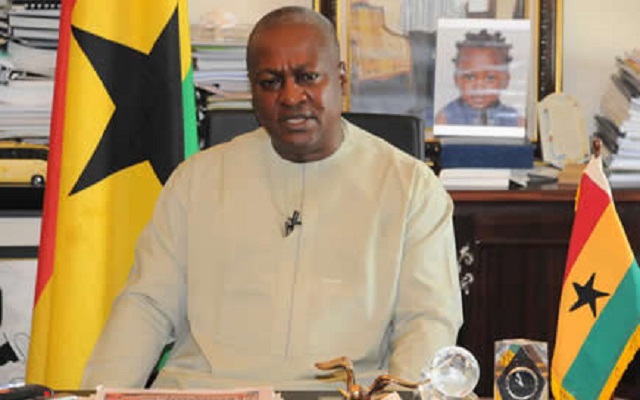 Former President John Dramani Mahama cannot comprehend why President Akufo-Addo will be preaching consensus building in respect of the new Speaker of Parliament Alban Bagbin who was elected from the opposition National Democratic Congress (NDC) and the next day, the Police will be charging NDC parliamentarians for unlawful assembly.

President Akufo-Addo in his inaugural speech on 7 December 2021 told the new speaker of parliament from the opposition side of his readiness to work with him to advance the peace, progress and prosperity of the Ghanaian people.

“Together, you and I will be chartering new territory in the governance and politics of the 4th Republic, for this is the first time in the life of this Republic that a President from one party will be obliged, by the exigencies of the moment and the will of the people, to work, in all sincerity and co-operation, with a Speaker of Parliament from another party.

“I’m confident both of us will be guided in our relationship by the supreme interest of our people in ensuring good governance in the ordering of the affairs of state.

“I want to assure you of my wholehearted determination to work with you to advance the peace, progress and prosperity of the Ghanaian people. Once again, many congratulations to you and the re-elected and new Members of Parliament,” Nana Akufo-Addo said.

But Mr Mahama has likened the President’s call for consensus building to the doctrines of “newspeak”.

In a Facebook post, the former President said: “Our Orwellian reality in Ghana compels us to accept the doctrines of newspeak, whose sub-doctrines are doublespeak and doublethink!

“Otherwise, how else can it be said that the President was in Kumasi preaching consensus building in respect of the newly elected opposition Speaker of Parliament, and the very next morning, the Greater Accra Regional Police Commander was serving a Court process on the said Speaker, charging leadership of the NDC Parliamentary Caucus for unlawful assembly in respect of their procession/ walk to the EC to deliver a petition on Techiman South.

It is recalled that the state, represented by the Ghana Police Service, has dragged Minority Leader Haruna Iddrisu and 10 other opposition MPs to court for embarking on a march to the office of the Electoral Commission in contravention of the Public Order Act.

They have also been charged with unlawful assembly.

There was a near-violent standoff between the Minority Caucus in Parliament and about 100 heavily armed riot police officers on Tuesday, 22 December 202, as the marching lawmakers tried forcing their way into the headquarters of the Electoral Commission, which is about a kilometre from the Office of Parliament, to present a petition to the election management body concerning the election results declared for the Techiman South constituency after the recently-held general elections.

The MPs, led by Mr Iddrisu, were mostly clad in black and kept daring the armed police officers to “shoot us” and “kill us”.

The police said the MPs needed to have served notice of their protest to the law enforcement body in accordance with the Public Order Act but the MPs said they were just taking a walk, reported Class FM’s parliamentary correspondent Charles Akrofi, who marched along with the crowd amidst the melee.

The protest march by the Minority Caucus followed several pockets of demonstration across the country by members of the NDC against the Electoral Commission and its management, who they have accused of stealing victory for the incumbent in the December 2020 election.