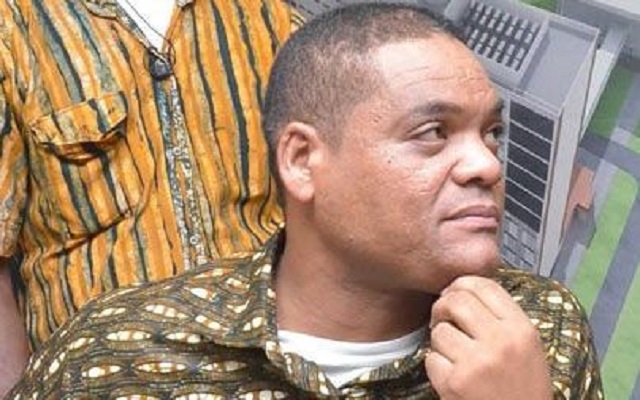 THE 2016 flagbearer of the Convention People’s Party (CPP), Ivor Kobina Greenstreet, says the sale of valuable state factories and assets has contributed to low domestic productivity and the Cedis decline.

He made the comments in a news release on the depreciation of the national currency.

He explained that the failed economic policies of the NPP and NDC were the cause of the problems of the Cedi and the country at large. “…if you sell all your factories as PNDC/NDC and NPP have done what do you expect?…definitely you will not produce anything substantial but merely import and watch your currency collapse…”

The sale of state assets in Ghana have been ongoing for several decades, and took a ‘legal outlook’ in 1983 when the PNDC Government launched the Economic Review Programme which became the key policy tool for neo-liberal approach to recovering the economy of Ghana.

Among several measures that the PNDC Government took was the disposal of loss-making state enterprises and in a desperate bid for ex-President Rawlings-led PNDC regime to give legislative enforcement to this neo-colonial arrangement, the PNDC passed the Divestiture of State Interest (Implementation) Law, 1993(PNDCL, 326), which was deemed to have come into force on 1st January 1988, to divest, thus by the State, of any of its interests in any statutory corporation or any corporate body incorporated under the Companies Code, 1963 (Act 179) or under the Incorporated Private Partnership Act, 1962 (Act 152). Note that Section (1) of the Decree, allowed directives of divesture to be carried in accordance with policy directives as the PNDC may from time to time determine.

That led to the selling off of state assets including Ghana Telecom, Nsawam Cannery, Kanda GNTC, Atlantic Hotel, Continental Hotel, among others.

According to Mr. Greenstreet, NDC/NPP sold, gave away, or abandoned our steel works in Tema and Takoradi, an industrial machine workshop in Tema, the coconut fibre and ceramic processing plants near saltpond, rattan or cane, basket weaving and bamboo processing factories in the Eastern region, the rubber plantation and a gold refinery in Western region, the Pwalugu tomato factory as well as Zuarungu meat factory in Bolgatanga, the cotton factory in Tamale and jute and shoe factory in Kumasi as well as Ghana Telecom for 900 million dollars.

He said, “NPP and NDC have destroyed our fortunes, and made us beggars…and it was the NDC that sold most of these enterprises…”. Simply, growing bast – fibre to produce jute sacks would alone save Ghana $300 million and help the Cedi…” he added.

He said, most of these factories were supplied with raw materials from their farms and up till today it is the linkage between agriculture and industry where the greatest opportunity for job creation lies. “…It is the State that is the engine of growth not the private sector…” he insisted. “..China is were it is today because of state ownership meanwhile being an aetheist state they don’t believe in God, have National Cathedrals or fake Pastors who claim to levitate currencies but we are ever ready to borrow from them…” he charged.

The former flag-bearer, who at the recent 6thMarch program in Tamale, initiated a process called “Strategic Conversations” re-stated that these conversations would lead to Stategic Scenarios, Strategic Solutions, Strategic Planning and finally the Acquisition of the features of a winning nation.

He also indicated that controlling the exit and entry of foreign currency through our borders by the establishment of a National forex bureau or National currency exchange kiosks at all borders as done in other countries could be considered.

He said neither NPP or NDC can ever improve the fortunes of the Cedi or structurally reform the economy because they follow policies of neo-liberalism and have over opened our economy in favour of foreign capital and just accumulate debt which is not used in the productive sector… “ The only winners are the bankers…and those who lose are the youth, farmers, workers and the ordinary Ghanaian…yet Ghanaians continue to follow these two vigilante lying parties…” he lamented.