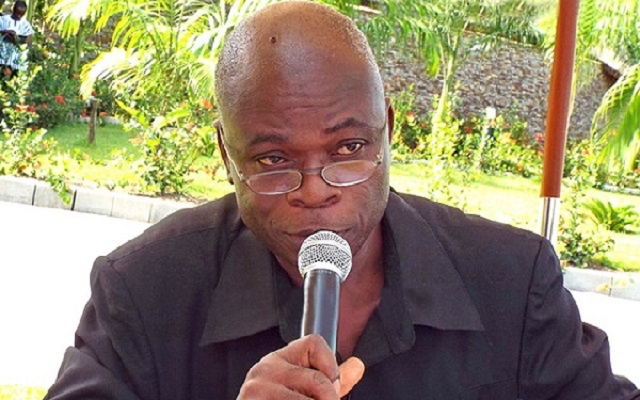 The Minority in Parliament has debunked the Majority’s accusation that the absence by the Speaker of Parliament from the House during the Electronic Transaction Bill, 2021 consideration last Monday was part of the “grand political partisan design” by the Minority group to frustrate government business in the House.
Contrary to such perception, it said it was Mr Alban Sumana Kingsford Bagbin who commenced sitting in the House last Monday around 4 p.m. to 5 p.m., a period that the Majority, due to lack of numbers, deliberately introduced new businesses that did not include the key subject of the day, the E-levy bill.
According to the Deputy Minority Leader, Dr James Klutse Avedzi, the Speaker steered the affairs of the House until late hour when he called in the First Deputy Speaker, Mr Joseph Osei-Owusu, to chair for him to go and rest on health grounds.

“Sitting in the House was postponed on Monday from 10 a.m. to 2 p.m. Even at that 2 p.m., we did not sit and you want the Speaker who is treating his health to keep long waiting here for all this while?” he asked.

Reacting to the Majority’s allegation against the Speaker, Dr Avedzi, said “It is never true that the honourable Bagbin’s absence in the Chamber was to frustrate the business of government; it is a complete lie.”

“We all know that the Speaker just returned from Dubai where he underwent medical treatment and he must obey instructions and directive of his doctors because his health is very important,” he stated.
At a press conference yesterday in Parliament, the Deputy Majority Leader, Mr Alexander Afenyo-Markin, said the Minority’s determination to frustrate and obstruct government business had been supported by the Speaker.

Considering the critical numbers of 138 majority group and 137 Minority group, he said the House had been expecting the Speaker to live up to his own “bona-fide to the people of Ghana by showing leadership”.

“I regret to say that we cannot proceed to take decisions without Mr Speaker. We need Mr Speaker in the House because by the technicalities of our own procedures, if Mr Speaker is not there, one of our own has to preside.
However, the Deputy Minority Leader said prior to the House adjourning last Friday, the leadership of the House agreed that they would return to handle solely the E-Levy bill on Monday.

“The House was scheduled to start sitting at 10 a.m. on Monday but the House ended up sitting at around 4 p.m. to 5 p.m. and Mr Speaker is somebody who has to rest enough so that he can regain his health.

“You cannot put him through all these issues for him to go through all this hassle sitting for long,” he said, denying the accusation that Mr Bagbin failed to show leadership on Monday.
“The Speaker just returned from his medical trip and the First Deputy Speaker did all sorts of things to overturn the decision of Parliament while the Speaker was not around.

“If Mr Bagbin was someone who was not showing leadership,he would have reversed all those wrongs that were done by the First Deputy Speaker but for the fact that he wanted the country to move on he did not overturn those decisions. That shows somebody who is showing leadership,” he said.
source :Daily Graphic