TEWU and other Stakeholders ‘resolve key issues in principle’ 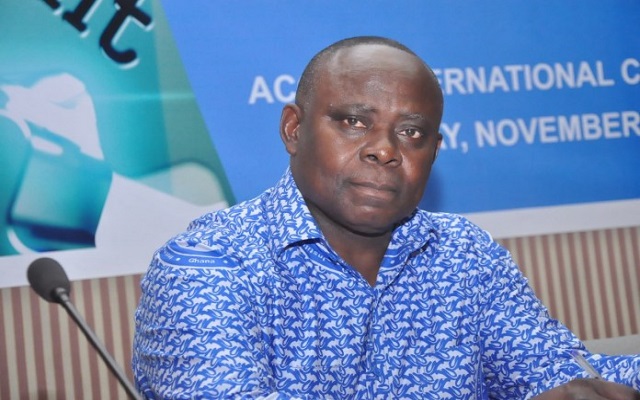 The leadership of the Teachers and Education Workers Union (TEWU) has at a meeting with the Fair Wages and Salaries Commission, and other stakeholders, resolved ‘in principle the key issues’ necessitating the industrial action.
Both parties are, consequently, to hold further consultations with their relevant stakeholders to decide the way forward.

This was contained in a joint statement issued by TEWU and the Commission, and copied to the Ghana News Agency in Accra.

It was signed respectively by Dr. Edward Kwarpong, the Chief Executive Officer of the FWSC and Mr Mark Dankyira Korankye, General Secretary of TEWU.

The parties agreed that TEWU would meet its local executives from the various public universities on Thursday, January, 14, to share the details of the outcome of the meeting with them and revert to the Government on decisions reached by Friday, 15, January, 2021, the statement said.

“Following the declaration of a strike (action) by members of the Teachers and Educational Workers’ Union (TEWU) of TUC Ghana of Public Universities, the Ministry of Employment and Labour Relations (MELR) represented by (Hon.) Ignatius Baffour Awuah (MP) convened an Emergency Meeting on Wednesday, 13 January, 2021 to delve into the outstanding issues,” the statement said.

The engagement was cordial and productive, it said, while ‘both sides exhibited considerable goodwill in the course of the deliberations’.

There were also the representatives of the Ministry of Finance and the Ghana Tertiary Education Commission.

TEWU declared a nationwide strike on Wednesday to back home their demands for the finalisation of an improved conditions of service package.

According to the leadership, the matter had dragged on for close to two years, hence their action.
source GNA