The Police is preventing me from meeting Ebony’s driver 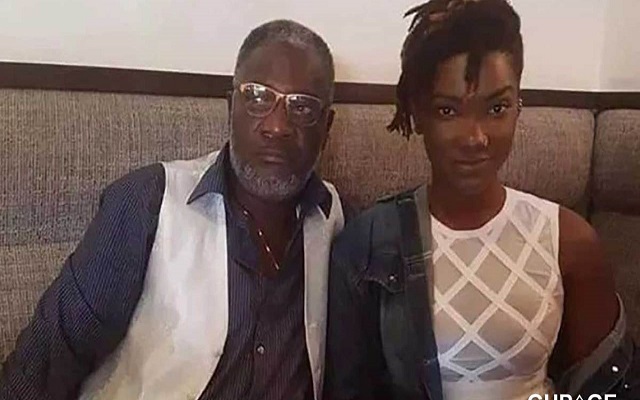 Three years on after the death of promising Ghanaian dance hall songstress, Ebony Reigns in a fatal car accident, her heartbroken father says he is yet to meet the only surviving person of the accident, her driver.

According to Nana Opoku Kwarteng, meeting the driver of her daughter’s jeep is the only way he can get the full details of what actually took place on the Sunyani road but all efforts have proved futile.

When asked by Happy 98.9 FM’s DJ Adviser on the Ayekoo After Drive show if he had met his daughter’s driver ever since the accident, he said;

“When this question is thrown at me I am saddened. Four (4) people were involved in the accident with only one (1) person surviving, the driver. He should be put before the court and answer questions on the accident to provide me with answers on how she died and give me a full detailed account of the accident. But till now, I have never met the driver”.

Nana Poku Kwarteng who had earlier put in a request to the then head of the Criminal Investigation Department (CID) of the Ghana Police Service, Maame Yaa Tiwaa Addo-Danquah, to allow him meet with the driver was turned down severally.

“When I wanted to meet him, Maame Tiwaa told me the driver also risked his life and cannot be questioned. She told me the driver’s statement had been taken and was innocent. I have been bitter. It is only in our jurisdiction that you get such an answer”.

The heartbroken father who does not even know the name of her late daughter’s driver noted that a prominent lawyer in the country also pushed to get the driver’s identity but that also failed.

Nana Poku Kwarteng admitted he did not know how he would react upon meeting the driver. “I just want to meet him”, he passionately appealed.

The budding songstress was killed instantly in a traffic collision on 8th February, 2018 whilst returning to Accra after a visit to her mother in Sunyani. She died eight days before her 21st birthday.

The only survivor of the fatal crash was her driver.
Source:ghanaweb