UDS to be renamed after Jerry John Rawlings 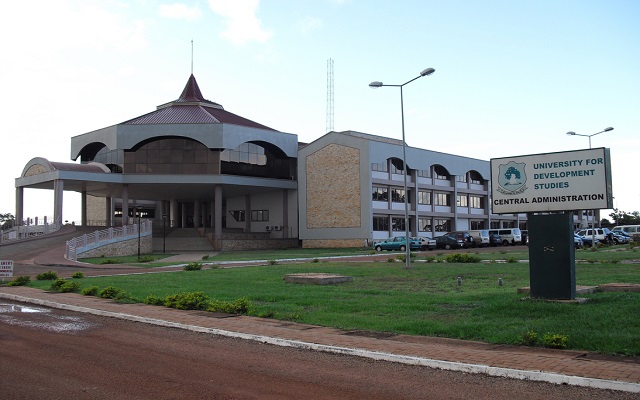 The University of Development Studies

The University of Development Studies, Tamale (UDS) will be renamed after the late former President Jerry John Rawlings.
President Nana Addo Dankwa Akufo-Addo announced this at the state funeral of the former President at the Black Star Square in Accra.

“Whilst he (former President Rawlings) was with us, he, respectfully, declined an offer I made to him, in 2017, to have the University of Development Studies, Tamale, (UDS), which he, personally, helped establish, named after him.

“His reason was that, in adhering to a long-standing principle, he did not want to have any national monument or facility named after him,” he said.

President Akufo-Addo recalled that two days after the former President’s passing, at the 21st Congregation of UDS, he expressed his strongest convictions, in spite of his reservations, that such an honour should be accorded him.

“I am glad that this has found favour with his family, and the necessary formalities will be carried out to achieve this, that is ‘The Jerry John Rawlings University of Development Studies, Tamale’.”

President Akufo-Addo noted that such was the measure of the man that the days associated with his political interventions in Ghana, that is 15th May, 4th June, 31st December, and 7th January, were now significant days in the calendar of the nation.

He said but, the most significant of them all must be 7th January 1993, the day that ushered in the 4th Republic.

“It is in recognition of this that I decided to commemorate 7th January as Constitution Day on the national calendar,” he said.

“It is, perhaps, the greatest tribute a grateful nation can offer to the men and women whose efforts led to the establishment of the 4th Republic.

“It is my hope and prayer that he remains, forever, the longest serving Head of State in our nation’s history, for that would mean that the 4th Republican Constitution and its enshrined term limits have endured.”