“We do not intend to call any witnesses to satisfy the burden of proof.” 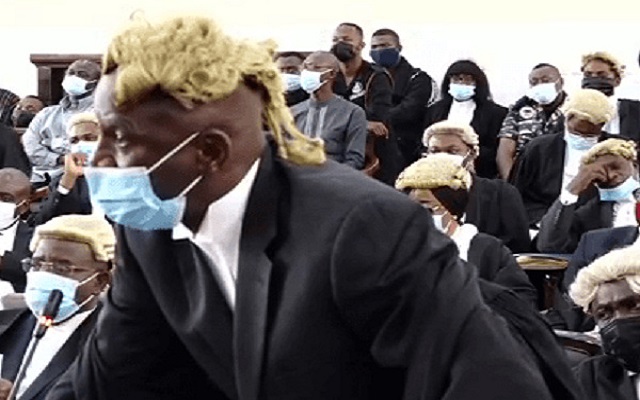 The Electoral Commission (EC), and President Nana Addo Dankwa Akufo-Addo on Monday closed their cases in the ongoing Election 2020 Petition Trial at the Supreme Court.
This was after the Petitioner, former President John Dramani Mahama, announced the closure of his case when his third witness was discharged.

Mr Akoto Ampaw, the Lead Counsel for the Second Respondent, President Akufo-Addo, in announcing the closure of his (Akufo-Addo’s) case, said, “We do not intend to call any witnesses to satisfy the burden of proof.”

The petition was triggered when the former President John Dramani Mahama invoked the Court’s jurisdiction over the results of the 2020 Presidential Election, which the EC declared Nana Addo Dankwa Akufo-Addo as the winner.

Justine Amenuvor, the Lead Counsel for the EC, said, there was sufficient evidence before the Court after the Petitioner had called in three witnesses and closed his case.

Quoting the Court’s Rules and Constitutional Instrument (CI) 87, Mr Amenuvor, said “we close our case. We are not calling any witnesses, we wish to rely on our witness statement filed by the first respondent (EC).”

This means the EC Chairperson, Mrs Jean Mensa, the First Respondent, will not be cross examined by the Petitioner’s lawyers.

The Court may, however, consider her witness statement, which is before it.

Lead Counsel for the Petitioner, Mr Tsatsu Tsikata, said the EC did not have it open to it to take the course it had proposed to the apex Court.

He said the EC, could not evade cross examination, adding that, the course taken by the EC did not form part of case management during trials.

Mr Tsikata said the issue before the Court was a new terrain and urged the Supreme Court to educate him (Tsikata) if he was wrong.

He argued that the EC elected to give evidence and gave a witness statement to that effect and wondered how the Commission could abandon that course.

The seven-member panel of the Supreme Court said a party in a matter could not compel another party to give evidence.

It held that, compelling a witness to testify was a human right issue and that a party in a matter could decide to call five to six witnesses even before trial commences but at the end, that party could call only three.

The Court adjourned the case to Tuesday, February 9, for the parties to make legal arguments over the respondents’ decline to call witnesses to be cross examined, after which the Court will give its verdict.

Initially, the EC and President Akufo-Addo indicated to the Court that they would call a witness each, while former President Mahama said he had five witnesses.

Meanwhile, Mr Mahama’s third witness, and a member of his team who was present at the EC’s strong room, Mr Robert Joseph Mettle Nunoo, was discharged by the Supreme Court, after he was cross examined by lawyers of the two respondents, via zoom.

Mr Mahama is in court challenging the validity of the December 7, 2020 election, which declared Nana Addo Dankwa Akufo-Addo as winner of the polls.

He also accused the EC of vote padding but that assertion had been denied by the EC.