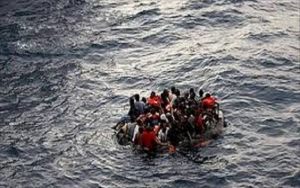 President Nana Akufo-Addo has vowed to reverse the trend of illegal migration from Ghana by building a sound economy with opportunities for all.
The trend he bemoans is increasingly becoming a national security concern hence the resolve to work towards ending same.
Many continue to move out to the Gulf countries under extremely painful conditions ostensibly in search of jobs and better conditions of life.
In an address at Cambridge University in the United Kingdom, the President said no Ghanaian should have to go through that life-threatening ordeal.
“There have always been adventurous Ghanaians who would go out and try their luck in other parts of the world but the periods of economic collapse turned our country into places of wholesale emigration,” the President noted.
Using Italy and Libya, two major transit points of illegal migration, as an example, since 2014, more than 400,000 African migrants and refugees have crossed the Mediterranean from Libya to Italy.
A total of 5,636 Ghanaian migrants reached Italy by boat in 2016, up 27% from 2015, and as at April 2017, 823 Ghanaians arrived in Italy for this year alone.
The Brong Ahafo Region has been identified as the region where most youth embark on illegal migration through the Sahara Desert to Europe, according to statistics from the International Organisation for Migration.
Diagnosing this problem and its solution, the President noted that: “Widespread unemployment, especially among the youth, the greatest segment of our population as in all African countries, represents the greatest threat to our democracy and stability. Only a performing and rapidly and expanding economy that generates jobs can provide an urgent solution.” 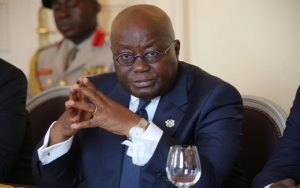 Thus, President Akufo-Addo said his administration was on the way to providing these economic conditions to stem the tide of illegal migration, and transforming the structure of the economy will be key to this.
“The Macro-economy has been stabilizing. The fiscal deficit which stood at 9.5 percent at the end of 2016, has been reduced to 6.3 percent. Inflation within the same period had declined from 15.4 percent to 11.6 percent. Our economy has grown from 3.3 percent to 7.9 percent. Interest rates are declining and we are now witnessing a more stable cedi.”
“We are on the path to creating wealth and improving the lives of our people. We are determined to do that by transforming the structure of our economy… we have to move and we are moving towards an economy of processed agriculture and engineering goods and services. That is the way to job creation on a mass base and an improvement in the incomes of ordinary Ghanaians.”
“Never again should a Ghanaian citizen feel he has to join the desperadoes that cross the Sahara and drown in the Mediterranean sea because their own country holds no promise or hope,” President Akufo-Addo affirmed.
source : citifmonline.com