World Bank to increase support for funded projects in Ghana 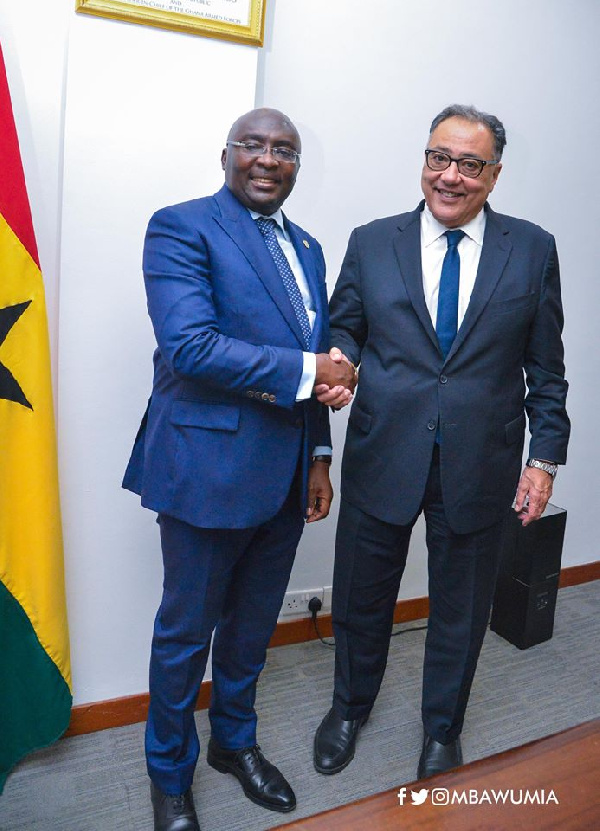 “We will be very happy to increase support for social intervention programmes in Ghana, as and when more request come. This is critical because these are the types of projects we want to support. We want to support more people especially women from poverty”, he added.

Dr Ghanem gave the assurance on Wednesday in an interview with the media in Akuse, in the Greater Accra Region during a site visit of some of the World Bank Group’s funded projects in Ghana.

World Bank supported the first phase of the programme in Ghana with an amount of 15 million dollars from 2007 to 2012 while the second phase, from 2013 to 2017, was supported with 60 million dollars.

The priority commodities for the WAAP which has the International Food Policy Research Institute and West and Central Africa Council for Agricultural Research and Development in 2006, identified roots and tubers, livestock, rice, cereals among others as the commodities that make the greatest contribution to the region’s agricultural growth and production.

Dr Ghanem and the team were impressed with progress of the programmes, stating that, the World Bank was an institution with the objective to help countries to fight poverty, hence the need for the support.

He encouraged managers of the programme to work in a concerted effort to improve the well- being of the less privileged in society, especially small holder farmers.

The team visited Vegpro Ghana Limited, a leading agro firm that produces ‘baby corn’ in Fodzoku, in the Volta Region mainly for export in the European market.

Dr Ghanem and the team inspected the farm plantations of its funded projects in the area and was satisfied with the spate of work.

The team briefly visited the Akosombo Volta River Authority to have a view of the Authority’s operations.

Mr Augustine Danquah, the Monitoring and Evaluation Specialist, WAAPP, touching on the achievement of the programme, said the initiative had helped to release four high yielding cassava varieties and adapted to the major agro-ecological zones of Ghana, adding that one of the varieties can be pounded while the others were good for processing into different products.

Mr Gareth Wikie, General Manager in charge of Vegetation, Vegpro Ghana Limited said the soil and the temperature in the area was good for planting vegetables and flowers as well.

He said the company need to increase their production capacity, since it was low due to the absence of work on weekends.

Dr Ghanem, arrived in Ghana on Sunday, March 24 to begin a three-day mission visit. He paid a courtesy call on President Nana Addo Dankwa Akufo-Addo to discuss macroeconomic, fiscal and monetary policies and highlight opportunities for investing in education and the booming digital economy.

Dr Ghanem On March 26 participated in an African CSO and Parliamentary Dialogue Series connecting 15 countries across Sub-Saharan Africa and launch a World Bank’s report Profiting from Parity – Unlocking the Potential of Women Business’s in Africa.

This is Ghanem’s first visit to Ghana since becoming Vice President in 2018.

The active International Development Association portfolio in Ghana comprises 21 projects, cutting across all major sectors including energy, transport, education, water and sanitation, among others. All World Bank commitments stand at $1.731 billion with about 66 per cent disbursed.

Ghana also participates in one Regional project in Education.