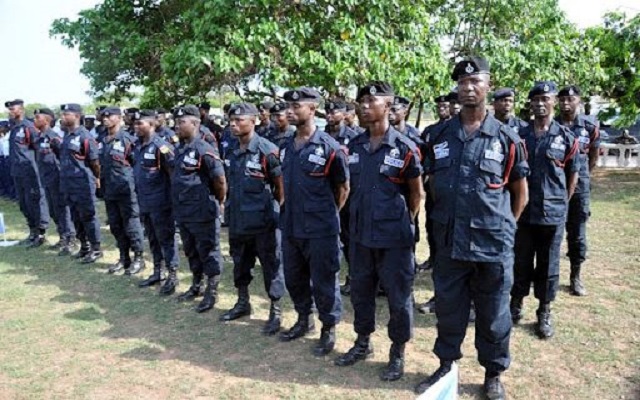 The difficulties within the Ghana Police Service have been fingered as reason why the country’s foremost law enforcement agency is not squarely repelling attacks by armed robbers.

A senior officer claims that the situation is worse within the Service than what is in the public space.

Robbery is reported to have increased in the last two months.

A total of 89 robberies were recorded in January, 38 more than that recorded in the same month last year.

The attacks on civilians have extended to police officers, some of whom have been killed by the armed attackers.

Speaking to Media General’s Komla Klutse on anonymity, the senior officer said some of the weapons used by the officers are “old stock”.

“Weapons that were given to the police in the 1990s and as years rolled on, you don’t expect the weapons to function as when they were new,” he said.

He added that even a station staffed with many officers in Accra has only “one efficient weapon”.

“You can imagine, if that station faces a situation of robbery, what do you expect them to do?” he wondered.

This comes after the Minister of Interior, Ambrose Dery, assured the nation that the state’s security agencies including the Ghana Police Service are in control and have not lost the fight to armed robbers.

A brazen robbery attack at the North Industrial Area and a raid of forex bureaux and mobile money vendors on Tuesday have left many in fear.

The police later announced a total of 11 arrests from the two separate attacks.

On Wednesday, a Lebanese, 54, working Delta Agro Company in Tema, was attacked and killed by robbers, having gone to cash GH¢200,000 from a bank.

A manhunt was launched by the police immediately after the fatal incident.