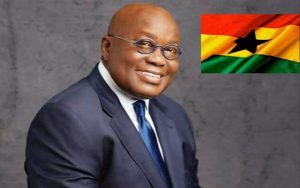 According to him, the problems facing Ghana requires a great deal of speed to deal with them and his government is poised to leave a legacy.

“2017 I said I was a man in a hurry. But in 2018, we are coming with supersonic speed,” Akufo-Addo stated when he took part in a technology exhibition organised by Kristo Asafo – manufacturers of the Kantanka brand of vehicles.

President Akufo-Addo reiterated that his government is going to position Ghana beyond aid.

“The way we move about begging for money in other countries is not nice. That is not how God created us”, he said.

He therefore commended Apostle Kwadwo Safo for his achievements in the technology sector, adding that is another possible means to attain self-sufficiency.

Items manufactured by the Founder and Leader of the mission, Apostle Dr Kwadwo Safo Kantanka, and his team of engineers from the Kantanka Technological Centre of Excellence (KTCE) at Gomoa Mpota in the Central region were displayed at the exhibition centre.
Source: Starrfmonline.com