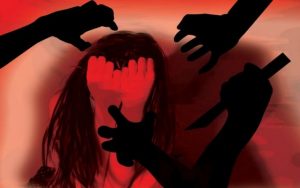 Bantamahene in Kumasi, Baffuor Owusu Amankwatia VI, has called for severe punishment for seven teenagers who allegedly gang-raped a young lady in the area.

This according to him, will serve as a deterrent for others who may intend to perpetrate such crime.

Speaking in an interview with Nhyira FM at Kumasi in the Ashanti Region, he said there will be no attempt to intervene or intercede on behalf of the suspects.

“It’s very, very sad for such a thing to happen and moreso for it to be taking place in my traditional area. Seriously when I heard about it, I really didn’t believe it but then I did some investigations and I found out that the story was true,” he said.

There has been widespread public condemnation following a widely-circulated video in which seven boys were seen sexually abusing a young girl.

Condemning the act, he said he discounted the story when it first broke, only to find out it was true.