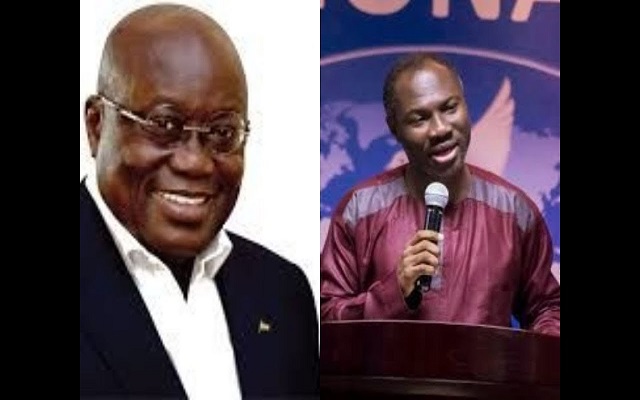 According to the popular prophet, the president intentionally used the Securities and Exchange Commission (SEC) to collapse Menzgold.

In an interview that Prophet Badu Kobi granted, he slammed the president for what he termed as mismanagement of the Menzgold saga.

Prophet Badu Kobi noted that before President Akufo-Addo came to power, Menzgold had operated consistently for about five years.

He further explained that Menzgold was paying the returns of customers’ investment appropriately until they were ordered to shut down.

“If Menzgold was violating any law, the authorities could have sat down with the management and make laws to control Menzgold and not collapse it,” he said.

He retorted that Menzgold as a Ghanaian company should have received the support of the president.

Prophet Badu Kobi who appears to be a controversial preacher recalled how the president honoured Nana Appiah Mensah.

He quizzed that if NAM1 was not as credible as they perceived him to be, why did they honour as a business achiever.

Badu Kobi asked if the government did not investigate NAM1 before even inviting him to the presidency months before they collapsed his business.

This is not the first time Prophet Emmanuel Badu Kobi has jabbed President Akufo-Addo in his comments.

He is known to often slam President Akufo-Addo for what he termed as mismanagement of the economy.
Source: yen.com.gH