Cops under pressure must get help 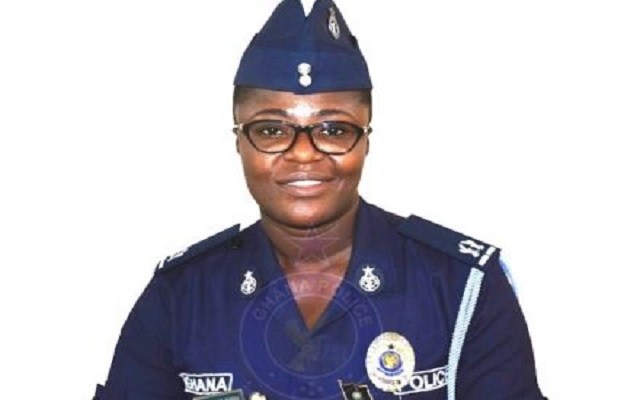 The Director of Public Affairs of the Ghana Police Service, Superintendent Sheila Kessie Abayie-Buckman, has urged police personnel to seek professional medical help whenever they experience symptoms of depression.
She reminded them that accessing medical help from psychologists and psychiatrists was free under their service conditions, just as for any other illnesses.

“Seeking attention for any mental health condition, including depression, does not classify one as a weakling even if one’s job requires one to appear tough at all times,” she advised. “Those who will attend to you are officers of the Service who understand your situation.

Supt Abayie-Buckman was speaking with the Ghana News Agency in an interview, on Tuesday, in the wake of three police personnel, in different locations, suspected as having committed suicide within a month.

The Police Administration, she said, engaged the Ghana Psychiatrists Association following the outbreak of COVID-19, to assist the Service to beef up its mental health interventions.

She, therefore, urged service commanders to refer their personnel to health professionals for attention whenever they identified any symptom of depression. “Make it a priority to read the moods and observe the absence of officers in order to make referrals.

“The service is available and all of us should make ourselves available when the need arises,” she emphasised.

The Director of Public Affairs said the service they rendered to the public required team spirit and efforts, therefore, personnel should promote the d’espirit de corps to help carry each other’s burden.

The nature of their work was very stressful, but there were coping mechanisms, which when adopted alleviated the tension, she noted.

“The Service has adopted relief interventions, which includes encouraging personnel to open-up to each other,” she added. “Though our training prepares us to face the stress, we still need each other to succeed.

Supt Abayie-Buckman advised family members of police personnel and members of the public not to put undue pressure on the officers and men of the Service.

Their work was stressful and thus required the support of family, friends and the entire society to remain healthy.

On January 30, 2021, Supt Cyprian Zenge, the Half-Assini District Police Commander was found dead with gunshot wounds in his house, with a suspected suicide note, while Constable Eugene Yelnona of the National Protection Unit allegedly shot himself, whist on duty in Accra, on February 1.

Deputy Supt of Police Divine Yao Asiam of the Legal and Prosecution Unit, Ashaiman, also died from suspected self-inflicted gunshot wounds at Tema in the early hours of February 14.

The incidents have shocked the public, some of whom have urged the Police to investigate the trend to curb it.