Diasporas called for Collaboration For the Development of Africa 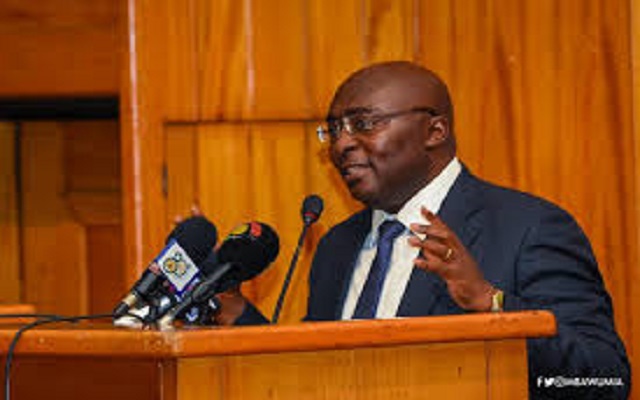 Vice President, Dr Mahamudu Bawumia, has called for greater interaction and collaboration between Africa and people of African descent across the world in order to help achieve their collective aspirations.

He said the symbiotic relationship would not only be mutually beneficial, but would also help renew the bonds between the diaspora and the motherland.

Vice President Bawumia made the call when the President and CEO of the National Association for the Advancement of Coloured People (NAACP), the oldest and largest civil rights organisation in the United States of America, called on him at the Jubilee House, Accra.
Mr Johnson and his team are in Ghana to review preparations for the ‘Year of Return, Ghana 2019’ project, a major landmark spiritual and birth-right journey, to mark 400 years of the arrival of the first enslaved Africans in Jamestown, Virginia USA.

The year-long event was launched in August 2018, with a number of activities lined up over the next one year, including a ‘Bra Fie Concert’ to be hosted by Damian Marley, son of Bob Marley; a Back to Africa Festival to celebrate Black History Month, and a Homecoming and Investment Summit.

Mr Johnson would also hold discussions with officials of the Tourism Ministry, Tourism Authority and the Diaspora Affairs Office and ways to facilitate the reconnection of those in the Diaspora to their roots in Ghana.
Vice President Bawumia stressed the importance of reconnecting Africans in the diaspora to those on the African continent, in order to tap into the rich human resource base to ensure the advancement and holistic development of Africa and the diaspora.

The international image of the black man is shaped by both activities in the diaspora and on the continent, Vice President Bawumia pointed out, and it would thus be in our collective interest to work together.

He commended the NAACP for its century-long fight for the rights of African Americans, as well as the creation of opportunities for advancing their cause.

In a brief remark, Mr Derrick Johnson said the success of the ‘Year of Return: Ghana 2019’ project would not only help re-establish lost connections to the African continent, but would also boost tourism and open up business opportunities.
He commended Government for facilitating the project, indicating that the choice of Ghana was not made lightly.

The NAACP was formed in 1909 as a bi-racial endeavour to advance justice for African Americans by a group including W. E. B. Du Bois, Mary White Ovington and Moorfield Storey, and continues to play a leading role in the fight to ensure the rights of African Americans and other races are respected.