Expect exciting things under my administration in 2018 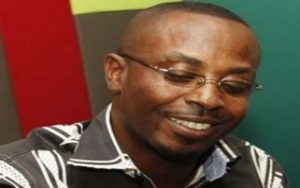 In line with the Central Regional Minister’s resolve to change the lives of the residents in the Region, he has asked the people in the area to expect exciting things in his administration in 2018.

According to Mr Kwamena Duncan, he will do amazing things by hitting the streets to interact with hawkers, commercial drivers, market women among others as well as the needy people because it is not only during elections that he needs to go to them.

Mr. Duncan disclosed that he will not be an office minister alone but rather will go to the people and listen to their grievances as well as educate them on the good initiatives and good plans of the current government for Ghanaians.

He, therefore, thanked the journalists in the country for their marvellous work during the last presidential and parliamentary general elections.

Touching on his achievement as the Minister of the region, he said he has been able to work with the Central Regional Police Commander, DCOP Rev Ampah Bennin and security agencies in the region to resolve chieftaincy issues in the region as well as reduce the crime rate.

Mr. Duncan expressed disappointment that Junior High School candidates within the region are not getting the admissions into top schools in the area due to poor performance.

In view of this, he said plans are underway to meet all the heads of public JHS and education directors to find lasting solution to the falling standard of education in the region and to reverse the trend that has caught up well with basic schools in the area.
Source: mynewsgh.com