Ghana’s destiny “is in safe hands” 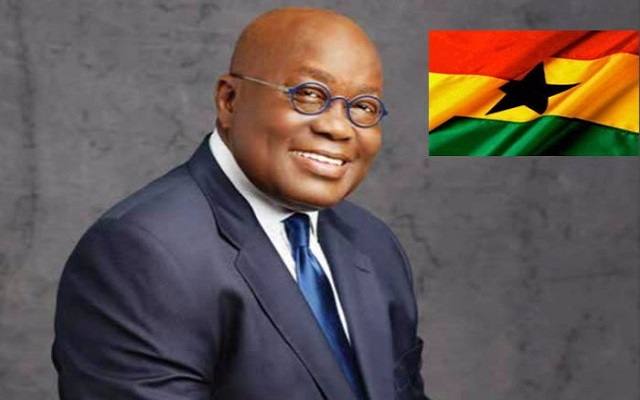 The policies and programmes that the government has instituted over the last 21 months indicate that Ghana’s destiny “is in safe hands”, President Nana Addo Dankwa Akufo-Addo has said.

He said the time in office of his administration, had been inspiring, and has impacted positively on the life of every Ghanaian and in every part of the country.

‘We have shown, over the last 21 months that the destiny of Ghana is safe in our hands. We have proven, by all accounts, to be good managers of the Ghanaian economy, and we have made significant progress in all aspects of our nation’s life.’

The President said this when speaking at the 2018 capacity building conference held by the Ministry of Local Government and Rural Development for Metropolitan, Municipal and District Chief Executives (MMDCE’s) at the Institute of Local Government Service at Ogbojo, Madina, near Accra.

‘Whether it is in the economy, where we have increased the GDP growth rate from 3.6% in 2016 to 8.5% in 2017, and have engineered a decline in inflation and interest rates; or in education, where we have implemented the Free Senior High School policy, which has enabled 270,000 more Ghanaian youths to access Senior High School, than they otherwise would have done,’ the President said.

President Akufo-Addo noted that his administration had revived the National Health Insurance Scheme, “so that the NHIS card is, once again, meaningful”.

His administration, he said, had revamped the agricultural sector, with the institution of the programme for Planting for Food and Jobs, which had resulted in the country not importing a single grain of maize into the country this year.

He further noted that his administration, through the reduction in utility tariffs, had brought relief to the Ghanaian people, and spurred on business and industry, through significant reductions of utility tariffs.

President Akufo-Addo, however, noted that in spite of the modest successes chalked by his administration, if MMDCEs do not perform creditably in the next two years, “then our best efforts will come to naught.’

He urged an effective partnership between Metropolitan and Municipal Assemblies, which are in close proximity to each other, as they represented the best way to dealing with issues such as sanitation, transportation, disaster management and security, amongst others.

“This collaboration has achieved significant results so far. The heaps of rubbish that were once permanent features in the assemblies in question are no longer in existence,’ he added.

The President further counselled the MMDCEs to pay particular attention and help in the effective delivery of government’s flagship programmes such as the Free SHS, Planting for Food and Jobs, and the Infrastructure for Poverty Eradication Programme, which was providing the equivalent of one million dollars per constituency to finance capital expenditure for infrastructure and other facilities in the localities.