My Organizational Skills Will Help Kick NPP Out 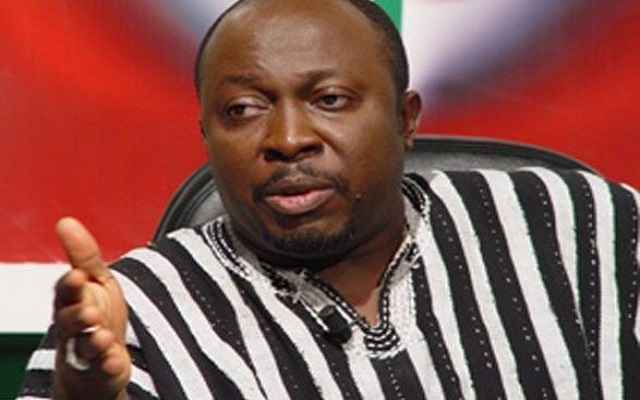 A National Organiser aspirant for the opposition National Democratic Congress (NDC), Baba Jamal has pleaded with the delegates of the Umbrella family to give him the mandate to organise them if the party really wants power in 2020.

The former deputy Employment and Labour Relations Minister, who was speaking to Kwame Minkah, host of ‘Ete sen?’ on Radio XYZ 93.1, indicated that albeit the ruling New Patriotic Party (NPP) government led by Nana Akufo-Addo “is messing up the country”, the NDC grassroots need to be organised very well before the party can wrestle power from the NPP.

As a former minister who served under the John Mahama administration, one would have thought vying for a party position is out of place, but the former Akwatia MP believes the party needs to be saved by selfless, dedicated people who understand the dynamics of Ghana politics and appreciate the core values of the NDC, which he sees himself as one.

“I have served and continue to serve the NDC. I started from the branch level to the regional level before serving at the national level. Remember, I was a national deputy General Secretary for two terms. My name is in the books. If I were a bad party executive, people would be attacking me by now,” Mr Jamal stated when asked why he wants to be the organiser of his party.

Baba said he wants to be part of the team that will mobilise the party and strengthen it, ahead of the 2020 general elections, hence his decision to join the contest.

“I am disappointed in the NPP government. I saw they have not done what they told us they’ll do. The government has abandoned road projects and the people are suffering. I saw it when I started touring the country,” he observed.

To him, the government has not lived up to the task and needs to be booted out of power in 2020, adding that “if the delagates vote for me, that’s all; these people (NPP) is out,” he said.

He said on his tour, he realised the grassroots of the NDC felt abandoned, and with his track record as a former party executive at all levels, he can revive the party’s base for victory in the next elections when elected.

He also revealed that he was told of the challenges that may have accounted to the humiliating defeat of the NDC in 2016, noting that once he has the challenges booked, he will do his best to get them known and ensure that the grassroots and everyone in the party is given the necessary attention when given the nod to be the National Organiser of the party.