Government expresses gratitude to Ghanaians for a befitting funeral for Rawlings 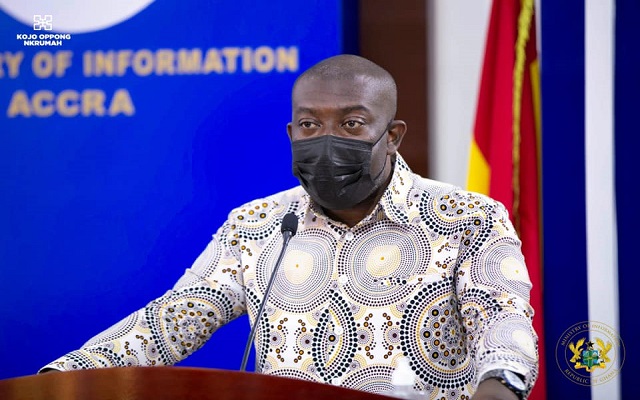 Government has expressed profound gratitude to Ghanaians and the local media for their cooperation and indepth coverage of the state funeral of former President Jerry John Rawlings.
Information Minister-designate Kojo Oppong Nkrumah, who said this at a media briefing in Accra on Thursday, said government was happy with the public’s compliance with the COVID-19 protocols during the four-day state funeral of the former president.

That, he said, resulted in the limited numbers of people at the Black Star Square.

“Government also commends the media for your cooperation, your professionalism, and in-depth coverage during the activities.

“No doubt, your extensive coverage, and analysis contributed to the public’s ability to comply and still follow everything on television and other virtual platforms,” Mr Oppong Nkrumah stated.

He said government was looking forward for more partnership with the media in the near future.

Former President Rawlings was interred at the new Military Cemetery on Wednesday, January 27,2021 after an elaborate state funeral that saw people from all walks of life eulogising and paying their last respect to the national hero who ruled the nation for 19 years.

He was eulogised for his charismatic leadership and championing probity, accountability and social justice.

He was survived by his wife Nana Konadu Agyeman-Rawlings, and four adult children-Zenator, Yaa Asantewa, Amina and a son-Kimathi.