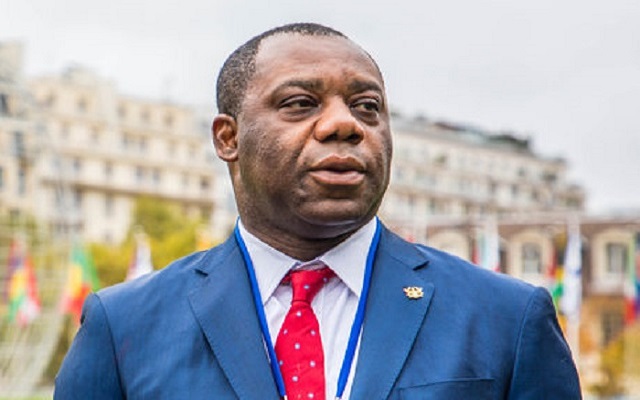 Like an elder brother rebuking his younger sibling for doing something untoward, so did the Minority Leader Haruna Iddrisu scold the Minister-designate for Energy, Matthew Opoku Prempeh, on his posture when answering certain questions asked by Samuel Okudzeto Ablakwa and Alhassan Suhuyini, Members of Parliament for North Tongu and Tamale North respectively.

Napo, as he is popularly known, appeared abrasive and cocky when answering questions by the two MPs about some comments he made in the past about John Dramani Mahama and his predecessor, Professor Jane Naana Opoku-Agyemang.

His posture was noticed by Haruna Iddrisu who at the end of his questions gave him what he claims to be a piece of advice passed on to him by his mother.

Haruna Iddrisu has come to realize that Napo has temperament issues and is concerned that his temperament could rob off a promising political career.

He explained to him the purpose of the vetting which is not just to determine his qualifications for the position of Energy Minister, but also to assess his emotional and intelligent quotients.

“When the Honourable Ablakwa and Suhuyini were questioning you, I was not particularly happy with your mood. Scrutiny of this nature as observed by one Congresswoman is to look at IQ, temperament and service to the Ghanaian people.

“What they sought to do was that you probably before assuming office might have your own view about who you succeeded and others but I noticed that you were not particularly happy and find it difficult.

At the end of the speech, Napo said he has heard the wise counsel.