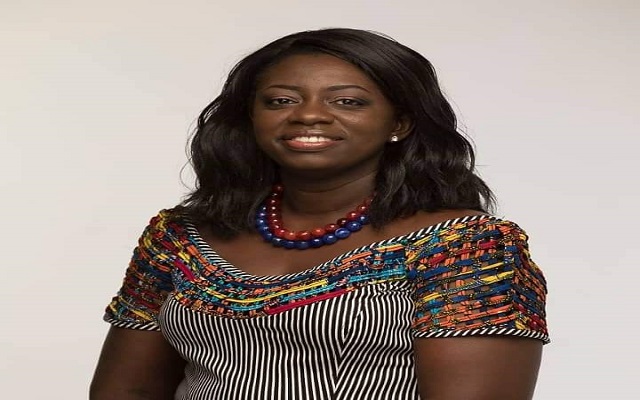 Sheila Bartels, the Member of Parliament for Ablekuma North has sought the face of God in protecting husbands against cheating and adultery.

In a Facebook, Sheila Bartels quoted a biblical verse to emphasize how some women covet husbands of other women.

Deliver our husbands, Lord, from every Chantel.

Bartels’ post though not connected to the Eugene Arhin divorce saga comes at a time when Chantel Kudjawu, the lady who turned the then National Security Minister Albert Kan-Dapaah into a lover boy has been mentioned in the divorce suit filed at the Accra High Court by the wife of the Director of Communications at the Presidency.

Kudjawu who was spotted in a compromising video with Albert Kan-Dapaah has been alleged by Gloria Assan Arhin as being the girlfriend of Eugene Arhin.

The wife, Mrs Gloria Assan Arhin who filed the divorce suit alleged that her husband, among other things, is cheating on her with Chantel Kudjawu (Gertrude Gbajo) (the same lady who was allegedly recorded with Kan-Dapaah).