I Broke My Virginity In 2017 -Baby Blanche 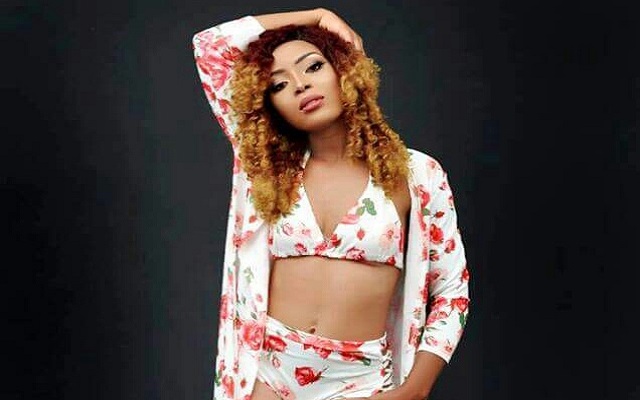 Actress Baby Blanche has made a startling revelation about her sex life, saying she gave up her virginity just last year.

Baby, who is believed to be in her late 20s, hinted that young people who can’t stay off sex before marriage should, therefore, emulate her steps because it is the right thing to do.

She believes she was able to keep her virginity for a very long time because she is “a good girl” who had a good upbringing.

Baby, who was speaking in an interview with NEWS-ONE on Saturday, intimated that people who break their virginity way before they turn18 are not good examples for society.

“Why are you curious? What made you do it? That means there is a problem with your upbringing as girl and that’s my opinion. You broke your virginity at the age of 12, 13, 14 …really? Religiously, it is wrong to have sex before marriage. But legally it is accepted in Ghana to have sex at 18. So at least if you can’t abide by the rules of God who is sympathetic, you can do it after 18. So I did it way after 18. I broke my virginity last year,” the actress added.

She started acting in 2008 after high school and has since featured in a number of Ghanaian movies. Among her movie credits are ‘Rhapsody of Love’, ‘Love & Sex’, ‘Hot Fork’, ‘Adult Only’, ‘My Sister’, ‘Sons of Satan’ and ‘Hotel Babylon’.

She took a break from the movies for five years due to criticisms and returned last year to produce her personal movie titled ‘Trophy’.

She will start shooting her second production in June. She is also coming up with a TV show about women dubbed Girls Girls With BB. Her top four favourite actresses are Nana Ama McBrown, Yvonne Nelson, Yvonne Okoro and Roselyn Ngissah.

“I am not a sex freak. I should extremely be into you…What I mean is that I have to be into you to enjoy making love with you. It doesn’t mean that every day I do it. It could be one year but the day we do it, wonders must happen. But I don’t remember the last time I had sex and also I won’t talk about my relationship in the media,” she concluded.