Lady in sex video making rounds not me YOLO actress 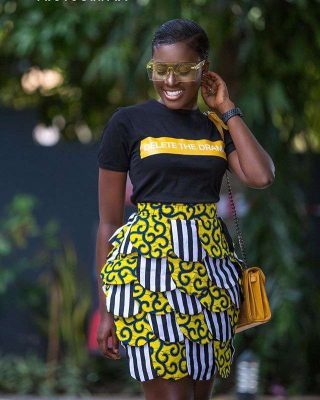 Fella Makafui, says she is not the lady in a two-minute sex video that is making rounds on social media.

There were reports that the boyfriend of the actress who earlier shut down a wine shop he opened for her in Accra is the man in the leaked video having sex with her.

Reacting to the video, however, Fella Makafui’s manager, Richmond Amofa–Sarpong, in a statement, rubbished the rumours as totally baseless.

Read the unedited press statement below:

LADY IN THE FAKE VIDEO NOT FELLA MAKAFUI

Our Attention has been drawn to a video circulating purported to be a sextape of Actress FELLA MAKAFUI with her Alleged Boyfriend.

Management wishes to inform her followers, friends and the general public that the Alleged Video in circulation is not FELLA MAKAFUI.