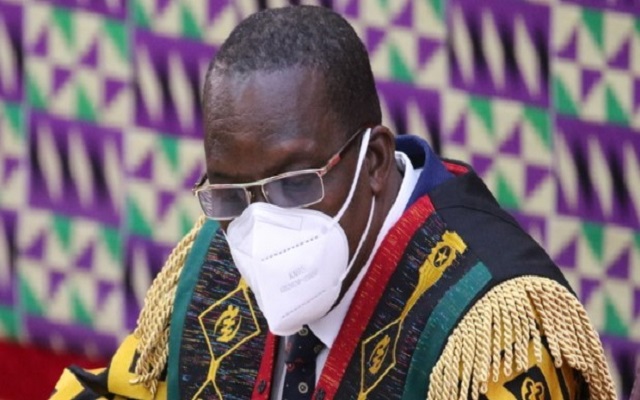 Alban Sumana Kingsford Bagbin, the Speaker of Parliament, has expressed his profound gratitude to his party members and especially the NDC MPs, for elevating him to the position of Speaker of the 8th Parliament.

According to him, when he took the decision of not contesting as an MP again, he had established an Institute of Parliamentary Affairs Africa, so he was transiting into that to support the democracy group when it dawned on him that he could become the Speaker of the 8th Parliament.

“I couldn’t sleep, but some spirit descended on me that I was going to win. That was why that day I promised you that we will win this battle,” Alban Bagbin said to former President John Dramani Mahama whilst speaking at a symposium organised by the NDC in memory of the late former President of Ghana, Jerry John Rawlings.

Bagbin said, “the God who started it all, will accomplish it”.

In a closely contested secret ballot in Parliament on Thursday, January 7, 2021, for the position of Speaker of Parliament, Alban Sumana Kingsford Bagbin, former MP for Nadowli Kaleo, was elected Speaker of the 8th Parliament of the Fourth Republic.

The election of Mr Bagbin sent shock waves across the aisle where the NPP members of Parliament were sitting, most of them dumbfounded.

After a long night of drama and confusion amid a laborious process leading to soldiers unlawfully invading the floor of Parliament, NPP MPs became speechless when Bagbin won despite his party having the strength of 137 MPs-elect.