I was misled by EC officials to sign some collation sheets 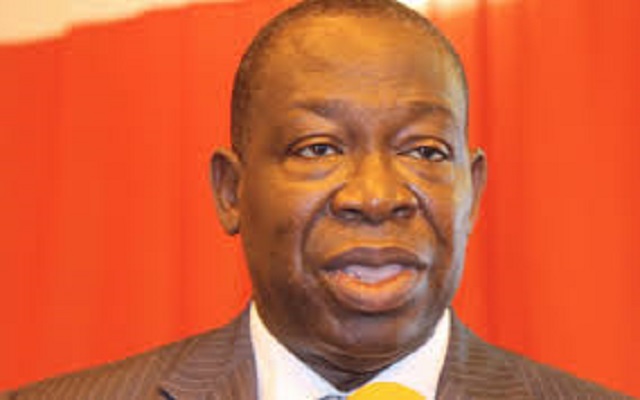 One of the representatives of the 2020 NDC presidential candidate at the EC’s national collation centre (strong room) Rojo Mettle-Nunoo says he was misled into certifying some regional results.

Mr Nunoo will on Friday be the third witness of John Mahama to be cross-examined in the ongoing election petition hearing seeking a re-run of the December 7, polls.

NDC General Secretary, Johnson Asiedu Nketia and Dr Michael Kpessah-Whyte who was also at the strong room have already been cross-examined.

Lead counsel for Mr Mahama, Tsatsu Tsikata on Wednesday asked the court to be allowed to address it in chambers regarding a potential witness who could not file a statement due to health concerns.

The seven-member panel of Judges allowed this meeting to take place only to return and announce that the case had been adjourned to Friday, February 5 without any additional details.

A witness statement filed by Mr Mettle-Nunoo has also been sighted by JoyNews.

He alleges in paragraph 11 of the statement that he was misled by the EC officials into signing the regional collation sheet for Ashanti region.

He explained that he signed the statement because there was a signature of the agent of Mr Mahama on it.

He later found out that what had been presented on the signed collation form was not consistent with a tally of polling station results in the Ashanti Region.

Mr Mettle-Nunoo claims further that there were two separate summary sheets brought to the strong room for the Eastern Region.

He insists both could not be authentic and it is only by getting the originals of these documents that the petitioner can get clarity on exactly which one is genuine.

He further alleges that his team detected challenges with the Greater Accra region results.

“We observed that the total votes given to the petitioner which is meant to be based on the sum of all constituency votes, on the face of the regional summary sheets presented were less than his actual total,” he states.

He further alleges that there is a difference of 1,707 votes between the regional summary sheets presented to them in the strongroom and the one published on the EC’s website and there has been no explanation for this.

He again makes reference to the Northern Region where he says two regional results summary sheets were brought into the strong room.

One, he alleges was without the signatures of the agents of the candidates and the other had no signature of the NDC agent but had been signed by the NPP, GUM, CPP, and PPP agents.

He insists it is only by getting the originals of these documents that there can be clarity on exactly which is the genuine one from the region.
On the Western North Region, Mr Mettle-Nunoo said he made a mistake by signing the sheet even though Mr Mahama’s agent had not signed it at the regional level.

He explains that he signed without noticing the reason Mr. Mahama’s agent had stated for not signing them.

He then corroborates the claim made by Dr. Kpessah-Whyte about the EC Chair asking ( or instructed as used by Dr. Whyte during cross-examination) that they confer with their presidential candidate.

“She said very directly that we should go and speak with the petitioner,” he wrote.