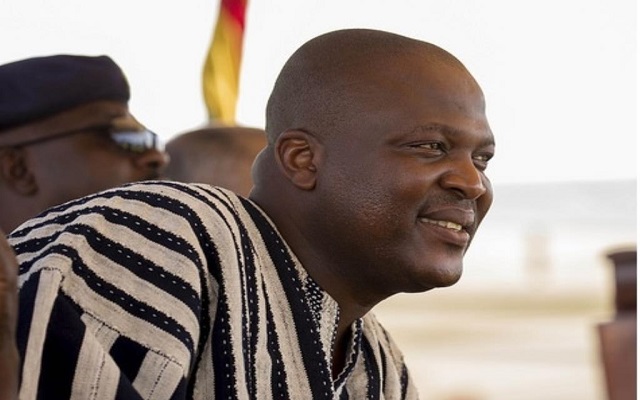 The office of the former President’s brother, Mr. Ibrahim Mahama has cleared the air over allegations of wrongdoing in the clearance of his cars at the Kotoka International Airport.

The Member of Parliament (MP) for Assin Central Constituency, Mr. Kennedy Agyapong alleged on Oman FM that Mr. Ibrahim Mahama breached standard security procedures at the KIA relative to the clearance of some three (3) cars he had brought into the country after sending the cars abroad for servicing. This story was later published by the Daily Guide Newspaper in its March 12th, 2018 edition under the caption; “Alarm Blows! Over Ibrahim Mahama’s cars at airport”.

But in a statement issued on Tuesday, March 13, 2018, by the Office of Mr. Ibrahim Mahama which was signed by Sammy Gyamfi, an Aide to Mr Ibrahim Mahama, Mr. Ibrahim denied any wrongdoing relative to the clearance of the cars in question.

According to the statement, the publication of Daily Guide does not only seek to defame Mr. Mahama but also to mislead the public about what actually transpired at the KIA on that fateful day.

“We wish to state unequivocally that this story is a complete fabrication calculated sullying the hard-won reputation of Mr. Ibrahim Mahama and should be treated with the contempt it deserves”, the statement emphasized.

Meanwhile, Mr. Ibrahim Mahama has served notice that he will be commencing legal action against Mr. Kennedy Agyapong and the Daily Guide Newspaper over this matter.

Below is the full statement

The attention of the Office of Mr. Ibrahim Mahama has been drawn to a malicious story put out by Mr. Kennedy Agyapong, Member of Parliament for the Assin Central Constituency and published in the March 12th 2018 edition of the Daily Guide Newspaper, concerning the clearing of some vehicles at the Kotoka International Airport (KIA) on 27th February, 2018 by Mr. Ibrahim Mahama.

The story which is titled, “Alarm Blows! Over Ibrahim Mahama’s cars at airport” as put out by the Daily Guide Newspaper sought to create a false impression that Mr. Ibrahim Mahama did engage in illegal conduct by breaching security checks at the KIA relative to the clearance of three (3) vehicles which allegedly belong to him. This publication does not only seek to defame Mr. Ibrahim Mahama but also to mislead the public about what actually transpired at the KIA on that fateful day.

We wish to state unequivocally that this story is a complete fabrication calculated at sullying the hard-won reputation of Mr. Ibrahim Mahama and should be treated with the contempt it deserves.

The following are the facts of the matter:

1. On 30th October 2017, one (1) S Class Mercedes Brabus Benz belonging to Mr. Ibrahim Mahama and two (2) other cars (1 Bentley Mulsanne and 1 S Class Mercedes Benz) belonging to other prominent persons were sent by agents of Mr. Ibrahim Mahama through the KIA to Germany for repairs. These cars were subjected to all the requisite security checks at both the departure and arrival points at the KIA and the Luxembourg Airport respectively.

2. These three (3) cars after undergoing repairs in Germany were brought back into the country by agents of Mr. Ibrahim Mahama on Tuesday the 27th of February 2018 after they had been subjected to the necessary security checks at the Luxembourg Airport in Germany.

3. The cars upon their arrival at the Cargo section of the KIA were thoroughly checked and cleared by the Customs Division at the KIA on the 27th of February 2018 and a clearance document was issued to that effect.

4. In spite on these facts, the three (3) cars were not released to us on the 27th of February 2018 because National Security and NACOB officials at the KIA had insisted on conducting additional security checks on the cars. And so on the following day, the NACOB division at the KIA together with National Security operatives at the KIA subjected all the 3 cars to another round of rigorous security checks during which eight (8) sniffer dogs checked each of the three (3) cars. After this process, the three (3) cars were cleared and released to agents of Mr. Ibrahim Mahama on Wednesday the 28th of February 2018. Therefore, the claim that proper checks were not done or allowed on the vehicles before they were cleared is a blatant lie.

4. Also, the claim that four (4) other cars had been brought to the KIA by Mr. Ibrahim Mahama for shipment abroad at the time the three (3) cars arrived in Ghana is false. The cars (two (2) cars) in question do not belong to Mr. Ibrahim Mahama and were not being transported abroad by him. In short, Mr. Ibrahim Mahama had nothing to do with those cars.

5. Also the claim that all the three (3) cars that came had wrong identification documentation, except one that was registered in the name of Engineers and Planners is palpably false. On the contrary, all the three (3) cars had all the proper documentation and were duly cleared by the Customs Division and all the security agencies at KIA led by the Coordinator of Airport security, Colonel Gaisie.

In conclusion, it is important to state that Mr. Ibrahim Mahama is a law-abiding citizen and a responsible Businessman who always adheres to the Laws of Ghana in all his dealings. The practice of shipping vehicles abroad for servicing is a normal practice which does not violate any Ghanaian or International Law.

The various security agencies at the KIA have always subjected his consignments to all requisite standard security checks at the KIA and at no point has Mr. Ibrahim Mahama or his agents sidestepped any security regulation in their dealings at the KIA.

It is our hope that this statement clarifies the mischief put out by the Daily Guide Newspaper and put this matter to rest even as our Lawyers take steps to pursue the matter to its legal conclusion.