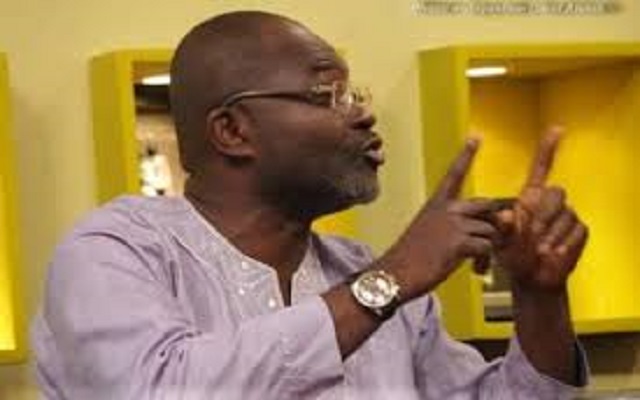 MYNEWSGH.com learnt that Mr Kennedy Agyapong was in the studio as a guest and was making his submissions on the inappropriateness of the conduct of some NACOB officials and their sniffer dogs in the handling of Mr Ibrahim Mahama’s luxury cars, when the host of the program interjected the Assin Central MP, that Sammy Gyamfi, aide to Mr Ibrahim Mahama wanted to make some contributions and corrections via phone.

“I want to beg viewers and listeners to disregard whatever Kennedy Agyapong is saying about Mr Ibrahim Mahama. Kennedy Agyapong is a liar. Whatever he is saying is total falsehood, and no one should listen to him. He should be treated with the contempt he deserves”, Mr Sammy Gyamfi started.

“I want to let Kennedy Agyapong know that his defamation, hatred and jealousy of Ibrahim Mahama is too much and if he will stop it, it will help him… what Ibrahim Mahama was engaged in was not narcotics but servicing his own car and two other cars for his friends abroad; as he does always”, he said.

But Kennedy Agyapong, who all along was quiet quickly cut in:

Sammy Gyamfi went on to explain that “the said the cars came from Germany where narcotics regulations are stronger than in Ghana for which reason any allegations of drugs is unfounded. The dogs checked the cars before it was released and even scratched the seats’ leather… the other car belongs to Sam Jonah, so Mr Kennedy Agyapong doesn’t even know what he is talking about”, Sammy Gyamfi said.

It was at this point that Kennedy Agyapong took over:

“When you have foolish peole defending you… that’s what happens.. You allow this fool to come here. Look at that. He is a fool. Yes, I am saying He is a fool. He has even annoyed me more. He is very stupid… He is an a#*h*le. He eats Ibrahim’s sh*t. Look at this boy. Who is Ibrahim to take Sam Jonah’s car. Have I even said Ibrahim is dealing in drugs”, the Assin Central Honourable MP said as the host tried to take control of the show.