NDC would win hands down if we voted today – Kofi Adams 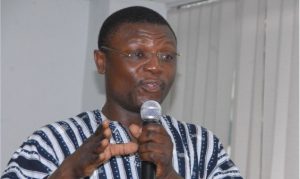 The National Organiser of the opposition National Democratic Congress (NDC) has dismissed the latest Afrobarometer survey report casting a bleak shadow over the party.

The findings are detailed in responses to question 99 of the survey.
Responding to the results, Mr Kofi Adams regurgitated the NDC’s traditional line that the Centre for Democratic Development (CDD-Ghana), which conducts the surveys, is a known partisan institution of the governing New Patriotic Party (NPP).

Previous PostHappy Birthday!; CEO of GHtv Holland Next PostFuel prices likely to go up by 2.5%