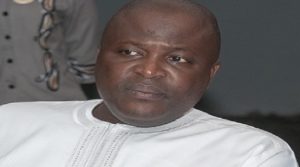 Deputy Attorney General Godfred Yeboah Dame has indicated that owner of Exton Cubic Group Limited – a mining company exploring bauxite at Nyinahin in the Ashanti Region – obtained a fake mining licence from public officers who were under undue influence.

According to him, the officers contrived to grant the mining lease to Ibrahim Mahama – owner of the company and younger brother of former President John Dramani Mahama – during the dying days of the former president’s National Democratic Congress (NDC) administration in 2016, without following due process.

Mr Yeboah Dame stated that it is the sole prerogative of the Minister for Land and Natural Resources to grant mining leases, subject to parliamentary ratification – a process the Exton Cubic licence did not go through.

The deputy attorney general was responding to an application for a judicial review filed by the company at an Accra High Court over the revocation of its mining leases by the Lands and Natural Resources Minister, John Peter Amewu.

The court was presided over by Justice Ackah Boafo.

Lawyers for the company are before the court arguing that the revocation of the mining licence is a breach of the right of Ibrahim Mahama and that the minister does not have the power to cancel a mining lease by just a stroke of the pen.

Counsels for Ibrahim Mahama, led by Osafo Buabeng, argued that Article 23 of the 1992 Constitution and to a greater extent, Article 296, states that a mining lease executed by the state acting through the sector minister to an applicant cannot be revoked without following due process.

He said it is not in dispute that there were three mining leases between the applicant and the government, but the licence, if need be, can only be revoked, cancelled or determined by the minister after he has satisfied statutory preconditions.

Making reference to Section 5(1) of Act 703 which gives the sector minister the right to revoke a mining lease, Mr Boabeng said that could also only be done based on the recommendation of the Minerals Commission.

He contended that the revocation letter served on Exton Cubic did not indicate that the minister acted on the recommendation of the Minerals Commission.

He also argued that even in the case where the company did not meet all the requirements of the Minerals Commission, the commission should have given the company the opportunity to react to the issues raised before the revocation of the licence.

He is therefore praying the court to grant the application to review the revocation of the licence which they claim was illegally done.

But according to Mr Yeboah Dame, the application is incompetent since there is no proper respondent to it.

With regards to the mining lease granted Exton Cubic, Mr. Dame argued that it is the prerogative of the Lands and Natural Resources Minister to grant mining leases but in the case of Exton Cubic, the purported lease was granted on November 10, 2016 – more than a month before the minister was informed about the lease.

“The purported offer of the mining lease by the Minerals Commission and payment for same were all done even before the Commission forwarded its recommendations to the Minister on 28th December, 2016,” he indicated.

Mr Dame maintained that Exton Cubic did not meet all the requirements for the granting of a lease as there had been no publication of notice of the pendency of the application for the Mining Leases in the Gazette as required by Section 13 of Act 703 and Regulation 177 of LI. 2176.

He added that the company had also not obtained any environmental permit as required by law, for the granting of a mining lease.

He maintained, “Failure by applicant to obtain the relevant environmental permits before the purported grant of mining leases in respect of the areas constituting about 79% of the nation’s known bauxite resources, among other statutory violations, is very serious, having regard to the activity applicant sought to engage in – mining.

“There was no publication of notice of the pendency of the application for the prospecting licence in the Gazette as required by Section 13(2) and (3) of Act 703 and Regulation 177 of Minerals and Mining Regulations, 2012 (L. I. 2176).”

He therefore prayed the court to dismiss the application before it.

Justice Ackah Boafo adjourned the matter to February 8, 2018 to rule on the application.

Exton Cubic Group Limited was controversially granted a long lease concession by the Mahama-led NDC administration on December 29, 2016 when the party had lost the December 7 general elections miserably and was on its way out of office.

The company moved heavy-duty machines into the forest near Nyinahin a few months ago with intent to start exploratory activities, but was stopped by both the district and the regional authorities.

In the ensuing tussle between the youth of Nyinahin on one hand and the private firm on the other over whether Ibrahim had the right to enter the Nyinahin Forest Reserve, Peter Sarkodie, Executive Director of the Environmental Protection Agency (EPA), issued a statement saying that the company had not obtained the required permit to enable it to mine bauxite in the area.
Source: Daily Guide