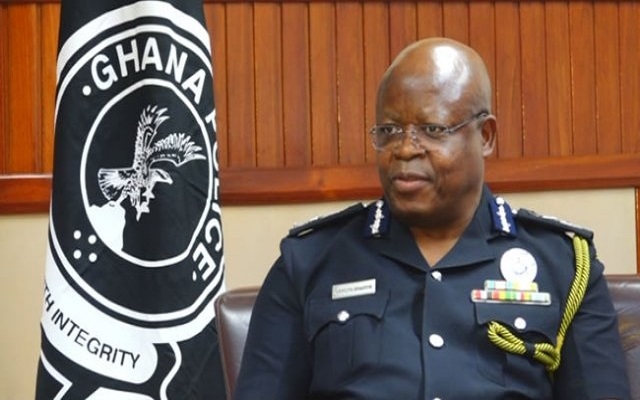 Minority in Parliament has served notice it will summon the Inspector-General of Police James Oppong-Boanuh before the House to address the nation on how it intends to deal with the recent wave of armed robbery attacks in the country.

This demand comes on the back of series of armed robbery attacks recorded in the last few days including the attack on the Asokore Mampang MCE Alidu Siedu who was robbed at gunpoint.

Tomato traders and transporters have also, since last month, been persistently attacked by armed highway robbers. Most of them ply the Kumasi-Bolgatanga-Burkina Faso highway and whilst some escaped the attacks, others have not been so lucky.

In the Eastern region, armed robbers shot and killed an EMT officer driving an ambulance conveying a pregnant woman and a paramedic.

It took police there more than a week to take witness statements from the survivors.

Police have reportedly apprehended two persons in connection with the incident, although details are scanty.

In the Western Region, police engaged in a shootout with robbers at the Esiamah branch of Ecobank.

As an immediate response, the Inspector-General of Police has dispatched police and military personnel on the Tamale-Bolgatanga highway to curb further attacks.

But security experts like Adams Bonah believe the situation may get worse if the security personnel do not take measures to curb it.

He proposes the police mount permanent posts on the roads to curb the trend.

Meanwhile, former Minority spokesperson on Defence and Interior James Agalga warned that citizens may resort to self-help if the police fails to deal with the situation.

“We need to be asking ourselves if indeed the police service has been retooled the way this government wants us to believe. What is making it difficult for the police to engage the armed robbers and flash them out f the country?” he quizzed.