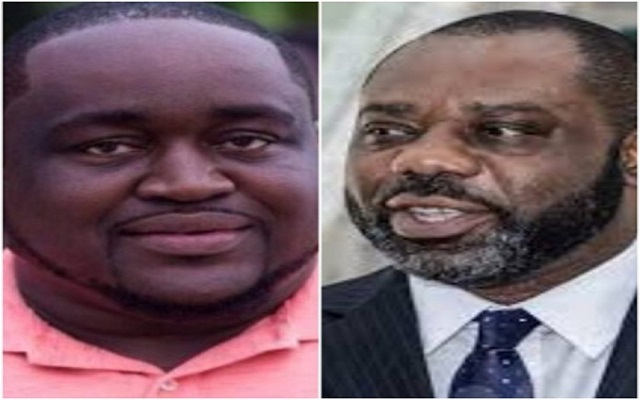 The National Investigative Bureau (NIB) has arrested the CEO of the Bluegrass Group Ltd, Kwadwo Darko-Mensah, also known as Onasis.

According to reports, the suspect is to assist in an ongoing investigation in regards to the procurement of some 853,000 pieces of mathematical sets.

Mr Darko-Mensah is said to be a local agent of an international company, Cornfield Group Ltd which was mandated to deliver a total of 853,000 pieces of math sets at a cost of ¢75 per unit.

The contract which was awarded by the Education Ministry in September 2019 failed to pull through when the products were neither delivered on schedule or in full.

Local online portal, Mynewsgh, reported that 853,000 mathematical sets were supposed to be given to students siting for the 2020 West African Senior School Certificate Examination (WASSCE).

However, due to the WASSCE timeline, the contract was treated as “urgent” and sole-sourced in September 2019 to Mr Darko-Mensah’s company without any form of bidding.

The Bluegrass Limited was also granted a free tax waiver of $3.6 million by the government on the recommendation of the then Education Minister, Dr Matthew Opoku Prempeh and was subsequently approved by Parliament.

But further investigations revealed that, no 2020 WASSCE student received any mathematical set from government.

An independent policy and research institute, the Institute for Education Studies (IFEST) then questioned government why the mathematical sets which were sole-sourced at a “high price” were never delivered on time for the very purpose it was tagged as “urgent”.

The Institute also criticised the validity of the sole sourcing procedure adopted.

At ¢75 per mathematical set, the total contract came to ¢63,975,675. Yet, Blueglass Limited failed to deliver within the agreed time.

Blueglass Limited was said to have later issued PR-statements, announcing it had delivered “first consignment” without stating any figure, even long after the WASSCE was over.

Being nominated by President Akufo-Addo for the Energy Ministry, Dr Opoku-Prempeh appeared before, Parliament’s Appointments Committee for vetting on Friday.

When queried on the issue of the Mathematical sets contract and the arrest and detention of CEO of Bluegrass Ltd Kwadwo Darko-Mensah, the then Education Minister said, “I didn’t know him from anywhere.”