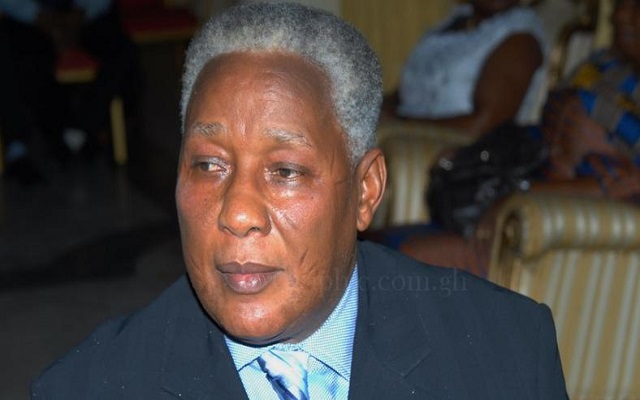 Mr Enoch Teye Mensah, a former Member of Parliament for Ningo Prampram, has been elected as the Council of State member for the Greater Accra Region.
He secured 58 votes representing 100 percent of the total valid votes cast while his contenders, Mr Michael Kofi Mensah and Mr John Mantse Akwetey, had zero each.
Before the election, Nii Kotei Dzani, who had represented the Region in the last Council, withdrew from the race.

Mr Mensah, a former Mayor of Accra and a former Minister of Youth and Sports under the Rawlings administration, thanked the electorates for the confidence reposed in him by the landslide victory and pledged to work diligently to ensure the development of the region and the country at large.

He said, “This is a not partisan issue, I have been elected to serve my country and I am going to support to build the nation with my knowledge and experience,”

“My motivation to come and run was that if I team up with them with an experience in local governance, things will move faster and better”.

Mr Stanley Nii Adjiri Blankson, a former mayor of Accra, in a brief remark expressed confidence that Mr Mensah was the ideal candidate.

The Council of State plays a significant role in the governance of the country, as it is enjoined by the 1992 Constitution (Chapter 9, Article 89) to “counsel the President in the performance of his functions”.

Its advisory role is akin to what pertains in many families where there are elders to be consulted, especially when very difficult decisions have to be taken or when there is a crisis.

Specifically, the Council is to “consider and advise the President or any other authority in respect of any appointment which is required by the Constitution or any other law to be made in accordance with the advice of, or in consultation with the council”.

Also, upon request or on its own initiative, the Council is to “consider and make recommendations on any matter being considered or dealt with by the President, a Minister of State, or any other authority established by the Constitution”.

Over the years, the Council has mostly worked silently in the background, fulfilling its mandate as enshrined in the Constitution, and people who are chosen to serve on it are usually elderly people of various competencies who wield respect in society.