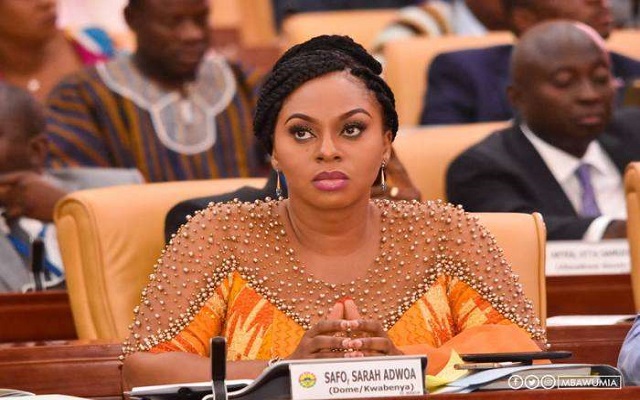 Minister-designate for Gender, Children and Social Protection, Sarah Adwoa Safo says when given the mandate, witch camps in Ghana shall be restructured to serve as homes to improve the lives of women who find themselves at such places.

Her statement comes at a time when a member of the Parliaments Appointments committee asked her what she would do differently to address the issue of witch camps which violates the rights of alleged witches in society.

In response, the MP said remodeling existing witch camps to serve as refuge is an approach that should be taken.

According to her, the initiatives taken in the past to end the practice of separating women from their homes to be taken to abandoned camps has proved futile, hence the need to introduce her new and more collaborative approach.
And for her idea to be sustainable, Adwoa Safo said women will be taken through education on the need “for them to also know that these abuses meted on them are not legal so they can speak out and report such abuses to the police as need be.”

Dissatisfied with the Minister-designate’s reply to addressing the issue of witch camps, MP for Tamale South, Haruna Iddrisu quizzed her on how the facelift would solve the human rights abuse these women are subjected to given her background in human rights.

Standing by her idea, she stated that the restructuring will solve the failed attempt to reunite these women with their families, by proving equally good homes for these victimized women.

“Attempts to withdraw these women has proven difficult in the past that is why I believe that another and a novel approach to dealing with the matter will be more prudent.”

The nominee further intimated that if these camps are put in a better condition, it will serve as a safe haven for these alleged witches.

“If they see it as homes and the Ministry supports them with the necessary social amenities that are expected of a state, they are given food, they are put on LEAP and are given clothing.

“I believe that the negative branding attached to witch camps will be taken away,” The minister-designate stated.